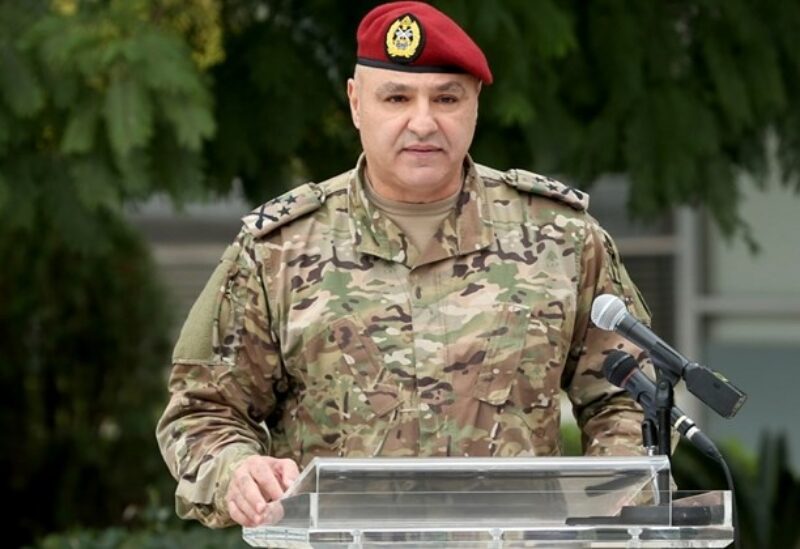 Lebanese Army Commander, General Joseph Aoun, on Friday met at his Yarze office with Paraguay’s Ambassador to Lebanon, Osvaldo Al-Bitar, on top of an accompanying delegation.

Talks reportedly featured high on the bilateral cooperation between the armies of both countries.

General Aoun also received a delegation from the European Union, headed by Ambassador Ralph Tarraf, with whom he discussed the current conditions in Lebanon and the region.