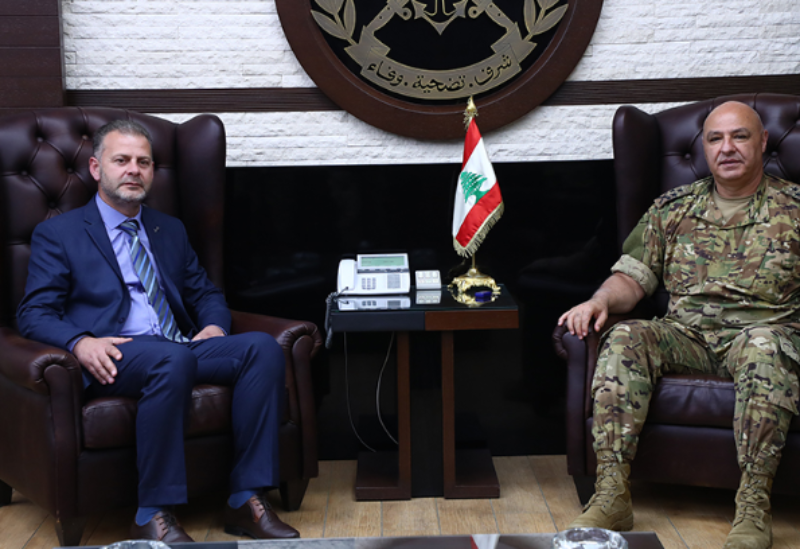 General Joseph Aoun, the commander of the Lebanese Army, met with MP Yanal Solh on Wednesday to discuss the present state of affairs in the region.

General Aoun later met with the Head of the Lebanon’s Delegation of the International Committee of the Red Cross (ICRC), Simone Aeschlimann.