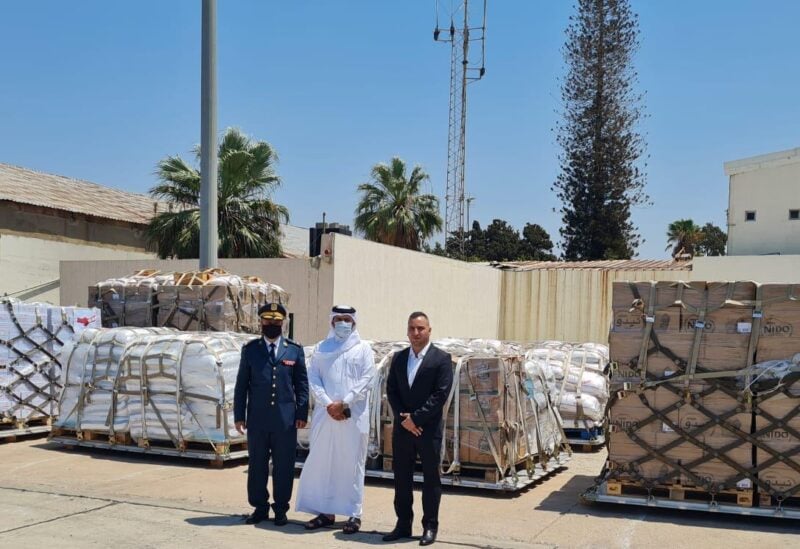 The Embassy of the State of Qatar in Beirut announced, in a statement on Sunday, “the arrival of an Emiri Air Force plane of the Qatari Armed Forces to Rafic Hariri International Airport today, August 1, 2021, loaded with 70 tons of food, denoting the second shipment of food aid provided by the State of Qatar to the army in the sisterly Lebanese Republic, in the presence of a representative of the Qatari embassy in Beirut, Second Secretary Ahmed Al-Obaidly, and a representative of the Army Command, Brigadier General Joseph Ghantous.”

“This donation comes within the framework of Qatar’s announcement of its support to the Lebanese army with monthly food supplies for a year,” the statement added.