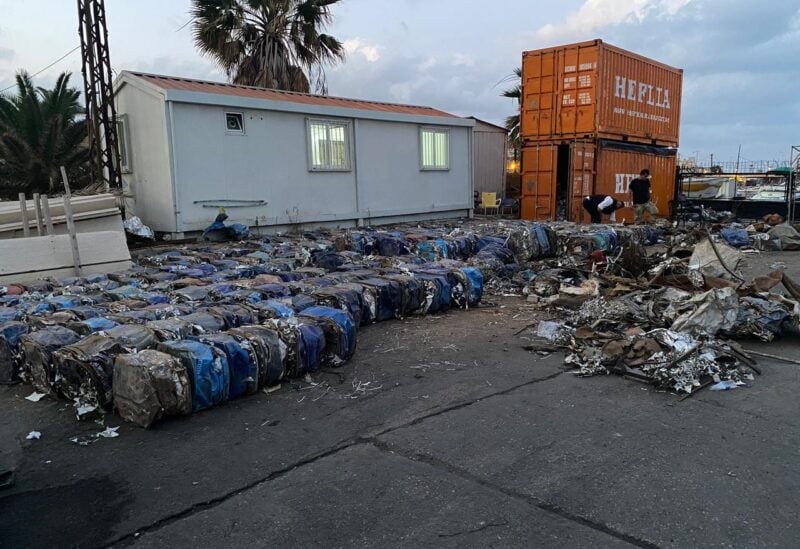 In the context of combating drug smuggling, and based on the directives of the Interior Minister, and to complete the process of seizing around 3.5 tons of cannabis inside the Port of Sidon, which were about to be shipped to Egypt, and as a result of the investigations that were carried out with detainees and in the process of gathering the necessary information, patrols representing the Customs Brigade and the Office for Drug Control in Sidon joined forces with the Narcotics Control Office in the Bekaa and raided a scrapyard in Deir Zanoun suspected of containing the remaining quantities of cannabis, based on the indications of State Prosecutor of Appeal in the South, Judge Rahif Ramadan. The Bekaa Intelligence Office and the patrols of the Lebanese Army’s Intervention Regiment cordoned off the area, and after careful inspection, a large number of barrels filled with huge quantities of cannabis were found, after being professionally hidden under tons of scrap, and the barrels were extracted using the appropriate equipment.

246 barrels were removed and the load was estimated at seven tons of cannabis.

The abovementioned quantities were seized and transferred to the Port of Sidon by Sidon’s Customs Brigade, accompanied by the Lebanese Army, and the investigation is still ongoing under the supervision of the competent judiciary. 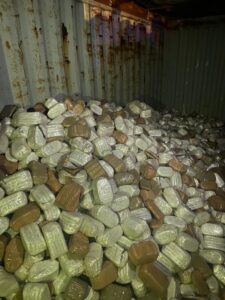 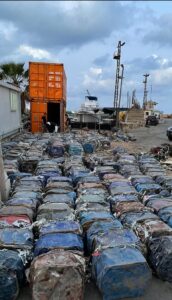 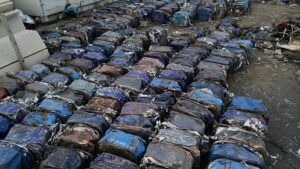