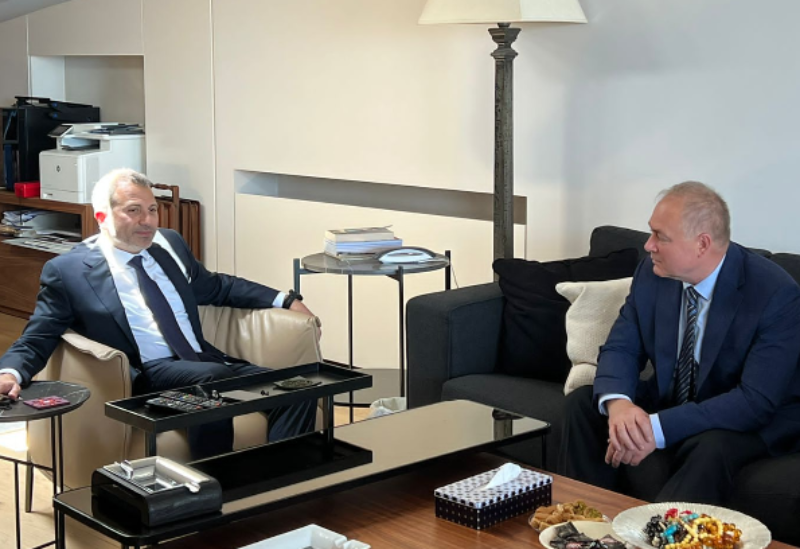 The head of the Free Patriotic Movement, MP Gebran Bassil, welcomed Alexander Rudakov, the Russian ambassador to Lebanon, on Wednesday and thanked him for the success of the parliamentary elections, according to a statement from Bassil’s office.

The urgent necessity to elect a government capable of enacting the required measures to kick off the process of recovery and regeneration was also discussed.

They also discussed the latest developments related to the maritime border demarcation file, as well as the importance of the return of the displaced Syrians to their homeland.

Talks also covered the situation in Ukraine and its repercussions.

Separately, Bassil met with Iranian Ambassador to Lebanon Mohammad-Jalal Firouznia, who came on a farewell visit upon the end of his diplomatic mission in the country.

Ambassador Firouznia congratulated Bassil on the outcome of the parliamentary elections.

Discussions also touched on regional developments and the Iranian-American negotiations in Doha.