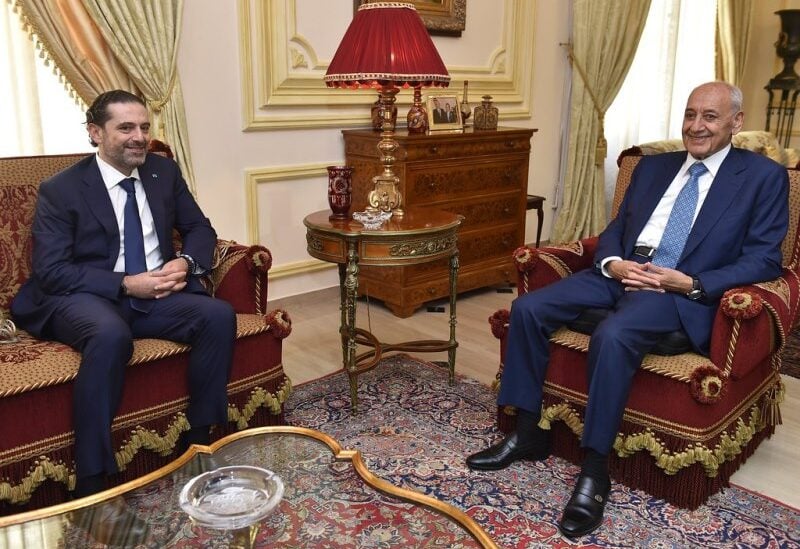 On Monday the Parliament Speaker, Nabih Berri, welcomed Saad Hariri, Prime Minister-designate, at his Ein al-Tineh residence, to whom he spoke on progress in cabinet training, in a “positive environment.”

The meeting lasted two hours and the pair discussed the general situation and recent political changes.

The House Speaker also met with the Secretary General of the Arab Parliamentary Union, Fayez Shawabkeh.