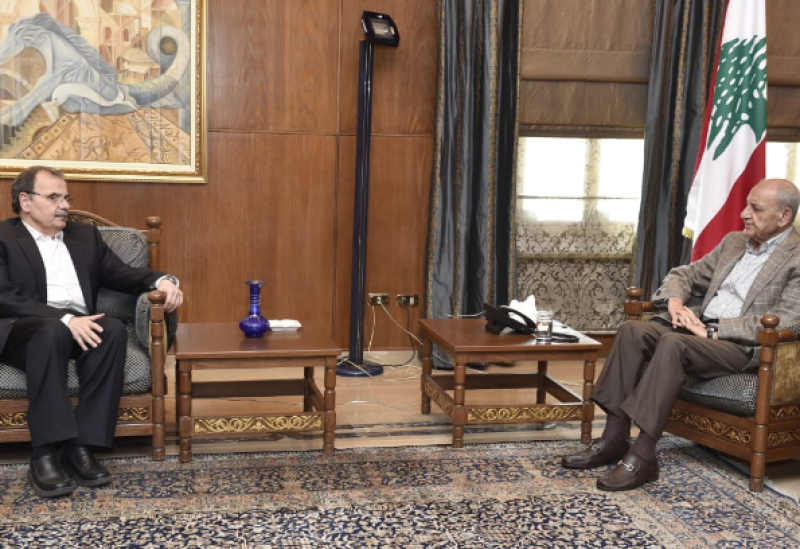 Nabih Berri, the speaker of the house, visited MP Dr. Abdel Rahman al-Bizri on Friday to his home in Ain al-Tineh, where they spoke about the current state of affairs, the most recent political developments, as well as legislative and developmental matters.

Berri also had an audience with the Central Bank’s First Deputy Governor, Wassim Mansouri, and former MP Emile Rahmeh, with whom he discussed the latest political developments.