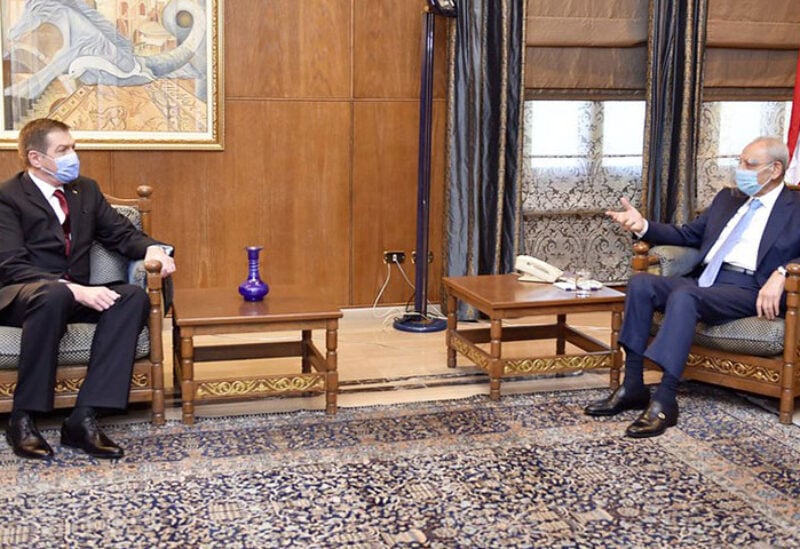 The pair came on a protocol visit during which they discussed with their host the current general situation and the bilateral Lebanese-Romanian relations.

During the meeting, the Speaker thanked the visiting official for the support provided by Iraq, especially in the fields of oil and healthcare.

He also highlighted the necessity to enhance cooperation between the two countries.

On the current situation on the local scene, Berri said that Lebanon would be in danger of collapse if it remained without a government.