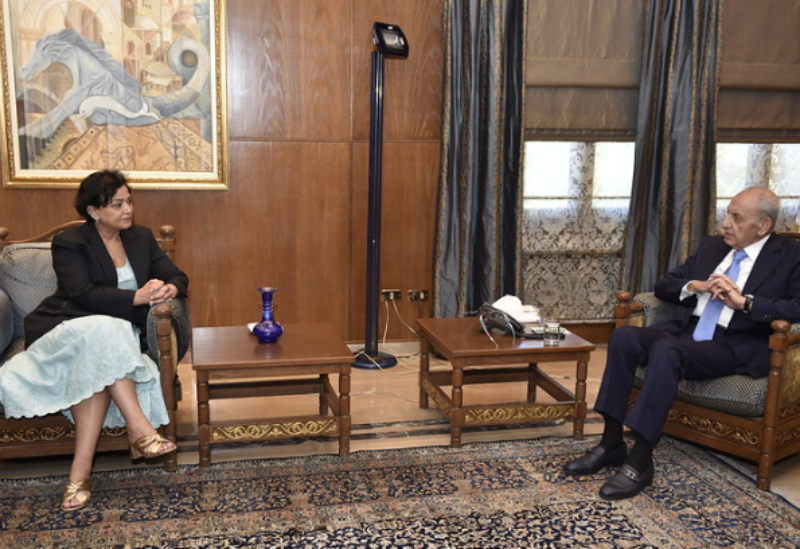 Discussions reportedly touched on the current general situation and most recent political developments.

Berri later met with Caretaker Minister of the Displaceda Issam Charafeddine, where they discussed the current general situation, especially the economic and daily living conditions, the issue of public sector employees’ wagges and the Ministry’s work program in terms of the Syrian refugee dossier.