Boushekian arrives in Baghdad to hold talks with officials 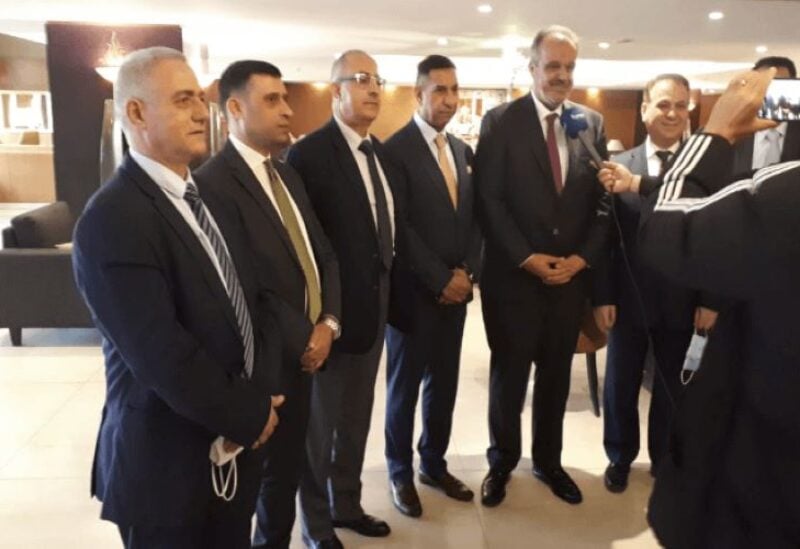 Minister of Industry, George Boushekian, arrived this afternoon in the Iraqi capital, Baghdad, where he will hold talks with ministerial and government officials and in the private sector.

The Minister will also inaugurate the second Iraqi-Lebanese Business Conference, which will be held on Monday at Babel Hotel.

He thanked the Iraqi government and its people for the warm welcome, praising the Iraqi support for Lebanon and commending “the depth of bilateral relations and the common determination to develop them.”

“We look forward to developing areas of work between Lebanon and Iraq, whether in industry or in other sectors, to push the Lebanese and Iraqi economy forward. We will also discuss during this visit the issue of transit, that is, allowing Lebanese trucks to reach their end destination in Iraq and facilitating administrative and routine transactions,” Industry Minister explained.

“We will also agree to activate the industrial exchange agreement, knowing that the Lebanese industrial sector is very developed, such as the pharmaceutical and food chemical industries,” he went on.