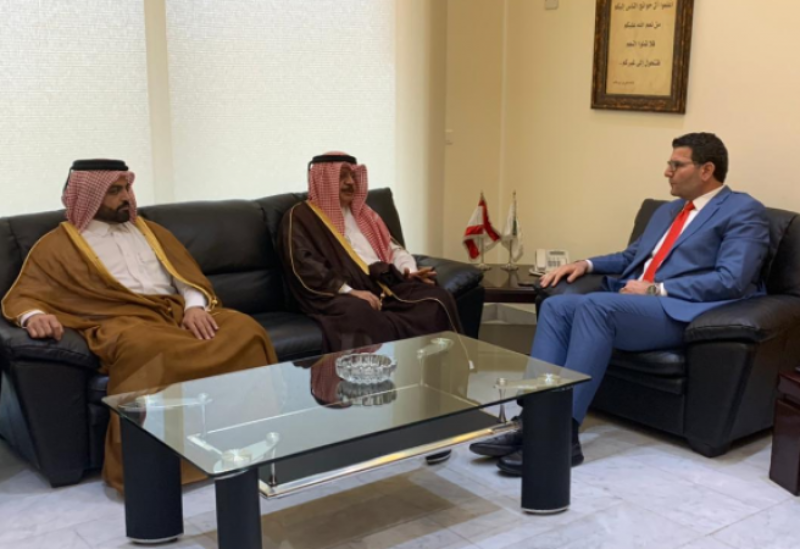 The pair reportedly discussed agricultural affairs in the two countries and the export operations from Lebanon to the State of Qatar.