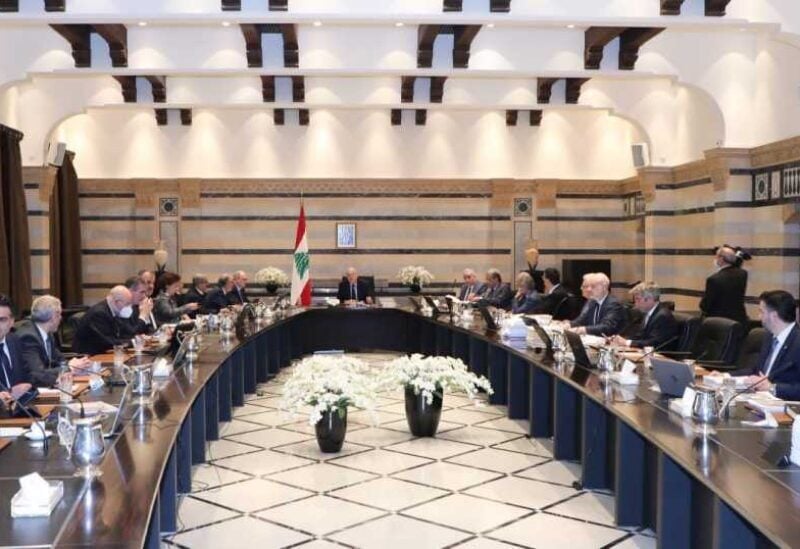 According to press information, the government decided to invite Central Bank Governor Riad Salameh to attend the Cabinet session on Wednesday, and asked the Minister of Finance to coordinate with the Central Bank to continue paying gas stations through “Sayrafa” platform for an additional two months, as was the case previously.

Prime Minister Najib Mikati affirmed during the Cabinet session held today in the Grand Serail that “statements indicate that there is positivity in the diplomatic relations between the Gulf states and Lebanon,” stressing that what binds Lebanon to its brothers in the Gulf states is a common history and belief in a common destiny as well, and that commitments are subject to the steps that are being implemented successively, in the hope that they will be able to restore relations to normal.”

He added, “We are keen to implement what was stated in the ministerial statement, and we call on the Arab brothers to stand by Lebanon.”

“OTV” channel reported that the internet has been cut off from the phones of ministers in the Grand Serail, especially with regard to WhatsApp, to prevent leakage to the media.”

On the other hand, “LBC” information indicated that Energy Minister Walid Fayad told the Council of Ministers that the Central Bank had placed restrictions on transfers of payments in dollars, which would reflect a crisis of queues in front of stations.

The Council of Ministers also approved the proposal of Minister of Justice Henry Khoury to form a committee headed by him, consisting of judges and bankers, to examine the banking judicial course.

According to press information, “The Council of Ministers adopted a study to save the banking sector by investing state assets and merging with Arab banks, proposed by Minister of the Displaced, Essam Sharaf El-Din.”