Grand Mufti of the Lebanese Republic, Sheikh Abdellatif Derian, received on Tuesday at the Dar el-Fatwa the British Ambassador to Lebanon, Ian Collard, with whom he discussed Lebanese affairs and the strengthening of relations between the two countries. 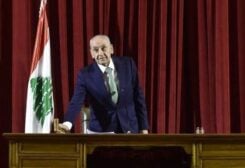