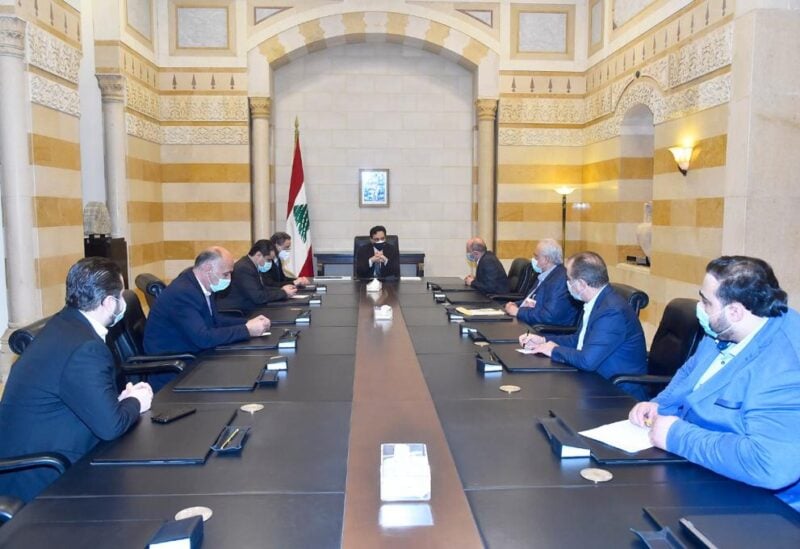 Caretaker Prime Minister, Hassan Diab, received Minister of Economy, Raoul Nehme, along with a delegation which included  General Labor Union Head, Bechara Al-Asmar, President of the Syndicate of Bakery Owners in Lebanon, Tony Seif, Secretary Mohammad Shaalan, President of the Association of Arab Bakery Owners, Riad Al-Sayed, and President of the Syndicate of Bakery Owners in the North,  Tarek Al-Mir, in the presence of PM Advisors, Khodor Taleb and Hussein Kaafarani. The meeting deliberated on the current crisis facing bakeries. Minister of Economy is set to hold subsequent meetings with union heads to lay down mechanisms for solutions.