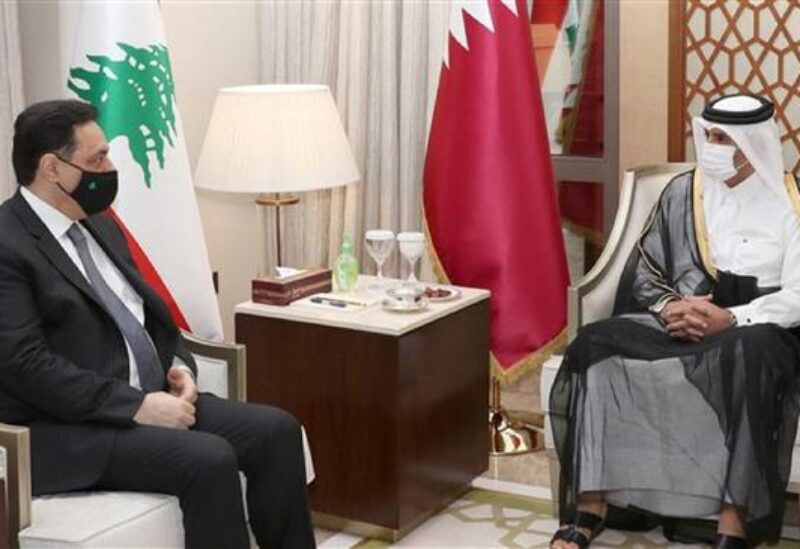 Lebanon’s caretaker Prime Minister Hassan Diab has called on Qatar to assist the cash-strapped Arab country to overcome its devastating economic crisis, as people are angry with the surging cost of living and what they view as the government’s mishandling of the country’s worst financial crisis in decades.

He had earlier held talks with several prominent Qatari ministers and officials during the trip.

“Lebanon has reached the brink of total collapse, as a result of decades of corruption and policies that have encouraged a rentier economy at the expense of a productive economy,” Diab told local media.

He added, “We knock on (Qatar’s) door just as we will knock on the doors of other sister Arab countries and wait for it to open its doors for us, as did sister Qatar.”

“Lebanon is in grave danger and it can no longer wait without a safety rope,” Diab pointed out.

“We expect you to be on the side of this country – Lebanon hopes that you will be a safety net to protect your Lebanese brothers,” the caretaker prime minister said.

Diab did not give any details of what aid had been requested or what would be forthcoming from Doha.

“These details are owned by (Qatar’s) Emir and prime minister, but I think that there are positives that will be announced,” he said.

Back in February, Qatar indicated that it was ready to help kick-start Lebanon’s failing economy, but only if its deeply divided political class agreed on a new government.

Lebanon is still waiting for a new government to be formed nine months after Diab’s cabinet resigned in the wake of a massive explosion at Beirut port on August 4 last year, which ravaged the heart of residential areas and the city’s vibrant commercial district.

More than 200 people were killed and over 6,000 others injured in the giant blast. Dozens of people are still unaccounted for.

Prime minister-designate Saad al-Hariri and President Michel Aoun have been at loggerheads for months over the makeup of a new cabinet.

The value of the Lebanese pound has crashed steeply, losing one-third of its value. The plunge has driven up the price of crucial imports like food and fuel, and triggered small but angry protests.

More than half of Lebanon’s population is reportedly poverty-stricken, and much of the six million population depends on subsidies to get by.

What’s more, Lebanon is gripped by a surge in coronavirus infections and pressure on the health sector.