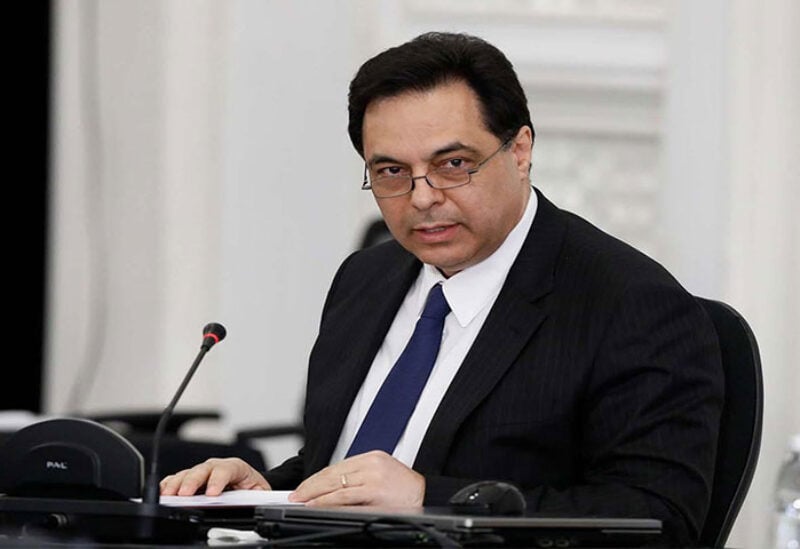 Caretaker PM, Dr. Hassan Diab, during the Vth Brussels Conference on “Supporting the Future of Syria and the Region” on Tuesday said: “I would like, at the outset, to commend the organizers for their unwavering determination to convene this conference despite the time of uncertainties worldwide.

The circumstances are particularly daunting for Lebanon and the displaced Syrians as “we are all in the same boat” trying to withstand a storm due mainly to Lebanon’s unprecedented, concurrent and acute crisis compounded by the pandemic outbreak, the tragic port of Beirut explosion, the ensuing Lebanese people’s excruciating ordeal and the lingering Syrian agony.

Therefore, in sharing with you a few points, I look forward to your considerate attention and stabilizing assistance.

First: As you know, the state service providers are strained and drained. The triple nexus of public administrations, host communities and displaced Syrians should be periodically reviewed if we were to improve the qualitative and the quantitative services so that no poor or vulnerable would be left behind.

Second: A national Covid-19 vaccination plan was launched on February 14, 2021 aiming to vaccinate around 6.8 million Lebanese and non-Lebanese including the displaced Syrians and the Palestinian refugees.  We hope that, through your mechanisms, we can have a quick and fair access to additional safe and effective vaccines.

Third: Reinforcing the social safety net is of paramount importance in a country where poverty continues to worsen, engulfing around 60% of the Lebanese people, amongst them about 25% living in abject poverty, joining most of the displaced Syrians in extreme poverty, if Lebanon keeps sinking in the abyss.

Fourth: Addressing the tension between the Lebanese communities and the displaced Syrians, present throughout Lebanon, is another priority.

Despite the reported incidents, which I hope will remain isolated, Lebanon continues to provide shelter for the displaced Syrians and to show a caring solidarity.  However, their stay is temporary and should not be construed under any circumstances as a local integration which is “a sovereign decision” and “an act of States” in accordance with the conclusions of the UNHCR Executive Committee in 2005.  Moreover, the local settlement contravenes the Lebanese constitution.

Diab’s speech is below:

After ten years of the Syrian conflict, the prospect for a political solution is not, regretfully, encouraging, while the various problems of the Syrians and the host communities remain pressing.

Indeed, in Lebanon, the massive Syrian displacement weighs heavily on the economy and already cost our country around 46.5 billion dollars according to the estimate of the Ministry of Finance for the period of 2011-2018.  Moreover, it continues to affect the social fabric of Lebanon.  Therefore, with the actual political status quo and the fallout on Lebanon, we believe that the Lebanese government plan for the gradual return of the displaced Syrians, adopted on July 14,2020, should be given the opportunity to reach its goal with the assistance of the International Community.

This plan accommodates the Lebanese worried about the settlement of the displaced Syrians in their country and 89% of them “still longing to go home” according to a UNHCR survey dated May 2019.

It is based on a set of principles:

1) Delinking their return from the political solution;

2) Respect of human rights and the principle of non-refoulment;

3) Ensuring the dignified, secure and non-coercive return of the displaced Syrians to safe destinations in Syria.

Hopefully, the UN led efforts and a common understanding among the concerned actors would achieve a breakthrough to solve the protracted Syrian conflict.

To conclude, the Lebanese hospitality to the displaced Syrians has been labelled “exceptional”, “very generous” and “unprecedented”.  It could not have been so, had it not been for the Lebanese people.  I seize the moment to pay tribute to the ordinary, decent and good Lebanese for their remarkable resilience and their ongoing hospitality beyond realms of possibility while experiencing onerous living conditions and enormous constraints, thereby demonstrating their strong faith in the human worth.  These great Lebanese deserve the valuable support of the EU, UN, and the International Community herein represented and to whom I express my gratitude.