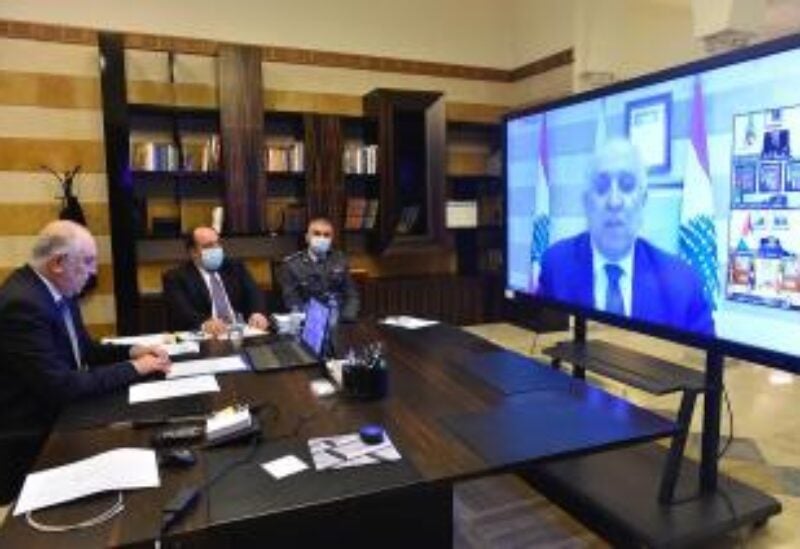 Caretaker Interior and Municipalities Minister, Mohamad Fahmy, on Thursday, participated virtually via “Zoom Application” in the thirty-eighth session of the Council of Arab Interior Ministers, during which he delivered a word on behalf of Lebanon.

Expressing greetings from “bleeding Lebanon,” Fahmy began by saying: “I am sure that you are aware of all the details related to the tragic situation in Lebanon, whether at the economic, financial, monetary, social, daily living, and security level, as we have come to the brink of the collapse of the safety net in order to protect Lebanon and the Lebanese and its residents, including the Syrian and Palestinian brothers, whose number exceeds half the population of Lebanon.”

He added: “You know that Lebanon has always been, and still remains the first line of defense in confrontation of terrorism, to preserve the security of all our countries. However, Lebanon can no longer bear these security burdens in light of its current economic conditions. Lebanon desperately needs you to stand by it and help it and its security apparatuses, as you have always done, particularly since the terrorist cells have begun to reorganize themselves, and to establish networks and groups on social media to destabilize our societies, not to mention the daily violations of the Zionist enemy.”

“Lebanon is adamant on upholding Arab solidarity and fortifying all national security systems in our countries,” Fahmy underscored.

Referring to the daily sufferings of Lebanese citizens, Fahmy reiterated that Lebanon is in need of its Arab brethrens more than ever, as it is now threatened with dispersion and extinction.

“There is no other way to confront the challenges facing our societies but through our unity, solidarity and collaboration,” Fahmy underlined, stressing that the Arab brotherly states are “the first refuge and the last hope for Lebanon.”