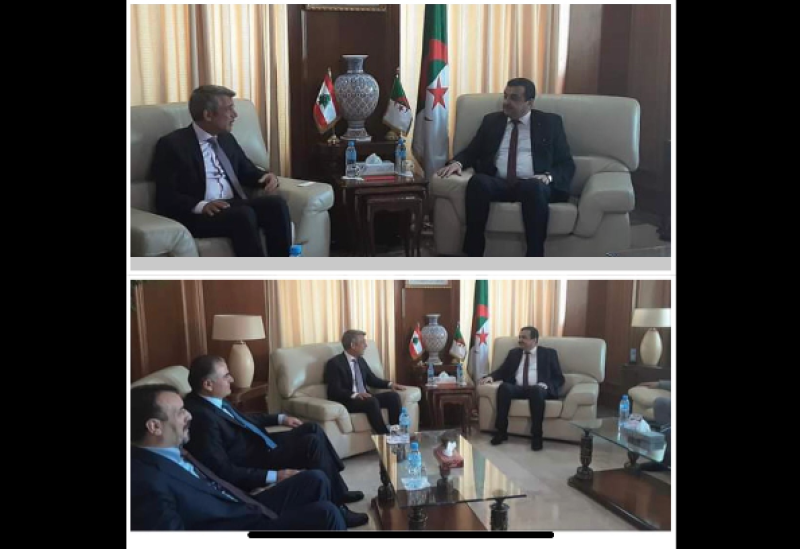 Caretaker Minister of Energy, Walid Fayyad, met on Wednesday in Algiers with his Algerian counterpart, Mohamed Arkab, in the presence of Lebanese Ambassador to Algeria Mohammad Hassan, and Algerian Ambassador to Lebanon Abdel Karim Rakaybi.

Talks reportedly touched on the prospects of cooperation between the two countries in the field of energy, fuel, and electricity production.