Former PM’s: The ball is in President Aoun’s court 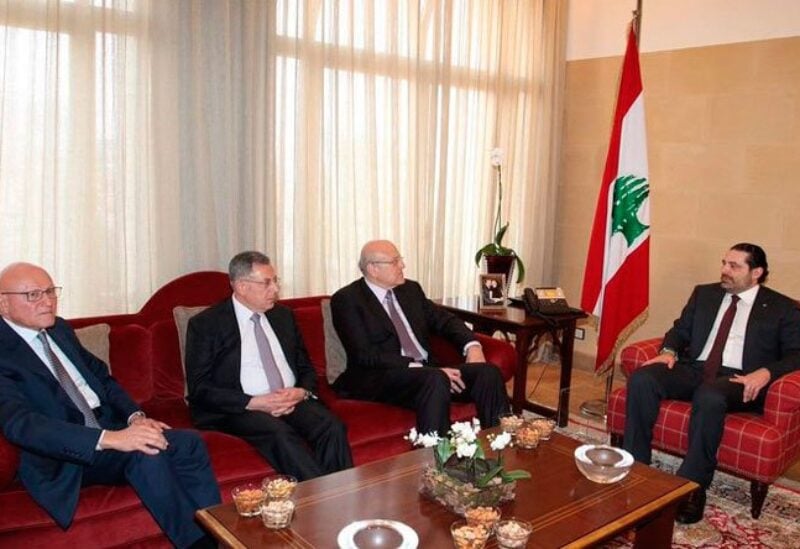 The former Prime Ministers said that “We acknowledge the positions of Prime Minister designated Saad Hariri, who showed patience and acted with a high level of responsibility and adhered to what is stipulated in the Constitution and affirmed commitment and full respect for the constitutional provisions”.

“Hariri adhered to the draft government formula that he presented, not out of intransigence or conquest, but rather as a response to what the Lebanese people, brothers and friends in the world want”, they added in a statement.

The former Prime Ministers insisted that “the ball is in President Michel Aoun’s court, and it is up to him; the resignation from Parliament is not on the table at this time”.

They also called “on Hariri to persist in his firm national and constitutional stance, especially in the need to restore the capable and just state to its full authority and free decision, and we call for swift and immediate steps and for a rescue government with a specific mission, to be formed consisting of qualified independent ministers who are not partisans”.