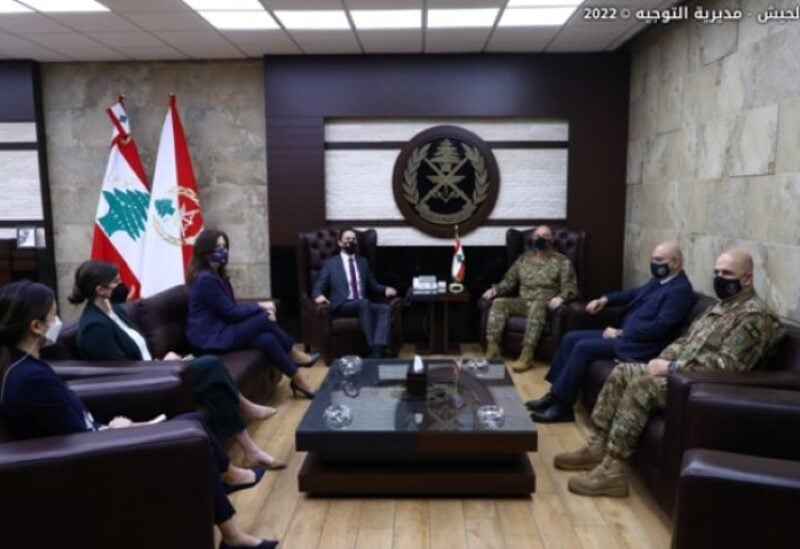 The US Embassy in Lebanon posted on its Twitter account, a tweet saying: “Where there is a will, there is a way. An agreement on maritime borders can create a much-needed opportunity to achieve prosperity for Lebanon’s future.”

She added: “A fruitful meeting today between the US envoy for Energy Affairs Amos Hochstein and Army Commander Joseph Aoun.

Army Commander, General Joseph Aoun, received in his office in Yarzeh the head of the US delegation to the indirect negotiations to demarcate the maritime borders, Amos Hochstein, in the presence of the US Ambassador to Lebanon Dorothy Shea, with discussions reportedly focusing on the issue of demarcating the maritime borders.

Aoun assured Hochstein that “the military institution is with any decision taken by the political authority in this regard.”

General Aoun assured that the military institution is with any decision taken by the political authority in this regard.

It is noteworthy that Amos Hochstein, Washington’s envoy to discuss the file of demarcating the maritime borders between Lebanon and Israel, arrived on Tuesday in Beirut, after he had visited Israel about two weeks ago and met the Israeli Energy Minister.

Talks regarding demarcation, took place on May 4, and were halted after each side presented conflicting maps showing the proposed lines of the border, which actually increased disputes on these areas. 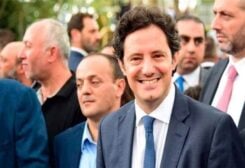