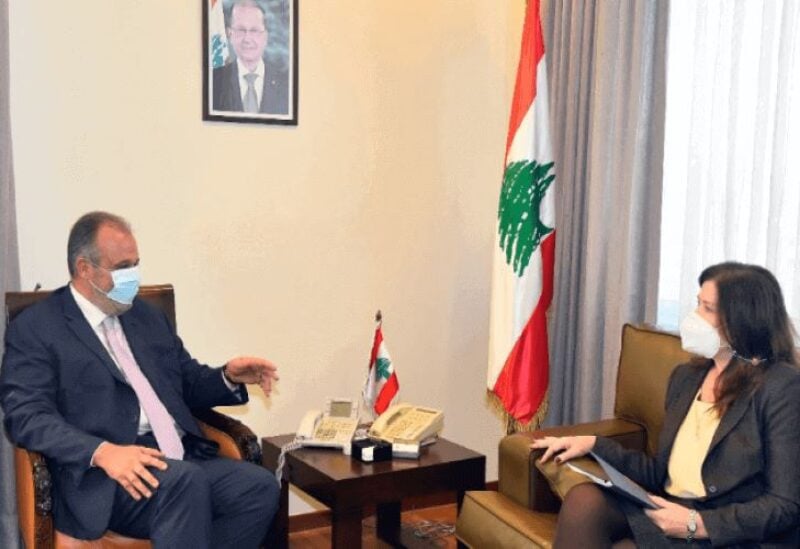 The pair held a tour de horizon touching on the joint US-Lebanese economic relations, as well as on the best means to boost and develop them. The most suitable ways to enhance cooperation, partnership, exchange, and opening US markets to Lebanese industrial products have also been discussed between both sides.

Furthermore, Boushekian and Shea saw eye-to-eye on the need to train Lebanese industrialists to adhere to and apply US industrial standards and specifications.

The pair finally touched on the possibility of having the Ministry of Industry, its public institutions, and the private industrial sector benefit from “USAID” programs.

Boushekian separately welcomed Romanian Ambassador to Lebanon, Radu Cătălin Mardare, with whom he discussed the need to develop relations between the two countries.

On another level, Boushekian will be paying an official visit to Iraq tomorrow to partake in the Lebanese-Iraqi Businessmen Conference at the head of a delegation of Lebanese businessmen, economists, and industrialists.

The Industry Minister’s visit to Iraq also aims to activate all joint agreements, such as the Arab Facilitation Agreement, and to open and facilitate transit operations on the Iraqi, Syrian, and Lebanese borders.