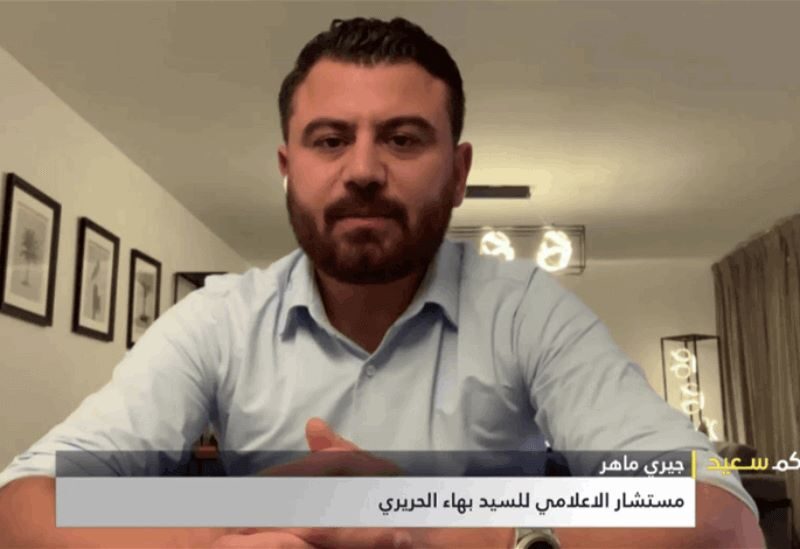 Media Adviser to businessman Sheikh Bahaa Hariri, Jerry Maher, said that “even if the Cabinet convenes, it will not be able to reach any positive achievements that serve the Lebanese, and the proof is clear as since its formation the economic and financial meltdown have evolved.”

He added: “They didn’t achieve any positive accomplishments, but they rather destroyed the country’s relations with Arab countries,” pointing out that this government is unable to improve the conditions of the Lebanese.”

In an interview with “Nharkom Saeed” program via LBCI, Maher considered that “Prime Minister Najib Mikati has shown his failure in playing his real role,” reiterating that “even if the government convenes, it will not reach any positive achievements, and it is considered today resigned.”

Regarding Parliament Speaker Nabih Berri’s speech in which he said that the Arabs are departing from Lebanon and showing more openness towards Israel, Maher said: “I don’t want to defend the Arabs for what they are doing today, but they have opened up to Israel in 2020, but Berri must realize that he and his allies were open to the Iranian regime since 1979 and have been working for this project, which destroyed the Arab region.”

Maher reminded Berri that “the Arab countries have not abandoned their role in defending the Palestinian cause and supporting the Palestinians, considering that the Palestinian authorities are still funded by Gulf countries, stating that even if the latter decided to be in a state of peace with Israel, and regardless of whether we accept this step or not, this is their decision and related to their sovereignty.”

Maher added: “Today, the Arab countries’ position towards Lebanon is because of Hezbollah’s policies and its abuse of these Arab countries, and incitement to its leaders.” He said that there was no real role for Berri to stand against him, but he was always “silent about the truth,” although he was seeing these abuses from Hezbollah’s Secretary General and his allies in the government, starting from Gebran Bassil when he was a foreign minister against the policies of Arab countries, and this is what kept the Gulf states away from Lebanon.”

Maher also saw that the Arab countries abandoned Lebanon because the country itself has abandoned the good relations with the Arab Gulf states.

He said: “Let the political system, the Parliament and its president bear the real responsibility, because they did not hold accountable those who offended and insulted the Arab countries, but kept silent about those who entered Syria and incited in Yemen and Bahrain, stored weapons in Kuwait, and threatened Emirate’s Towers and also attacked Saudi Arabia.”

Maher stressed that “the situation is heading towards an escalation, and there will be no solution to the Lebanese-Gulf relations except by implementing what was requested, on top of which is stopping Hezbollah’s interference in the affairs of these countries and disarming it, as well as restoring the Lebanese state’s role and imposing its control and its legitimate weapons through the Lebanese Army, which we only want in Lebanon.”