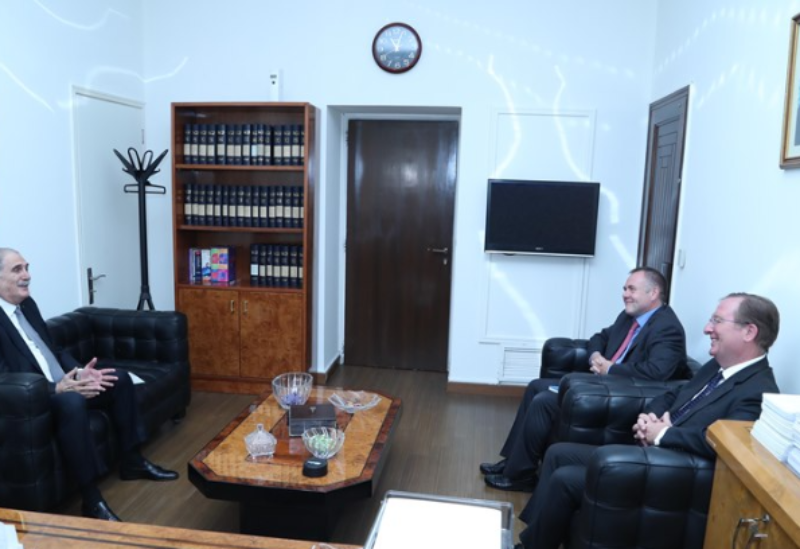 On the occasion of Hamish Cowell’s resumption of his diplomatic duties in Lebanon, former minister Salim Jreissati on Monday hosted the new British ambassador to the country in his Baabda office.