Juzu: ” We do not want Iranian fuel or diesel, but to spare Lebanon.” 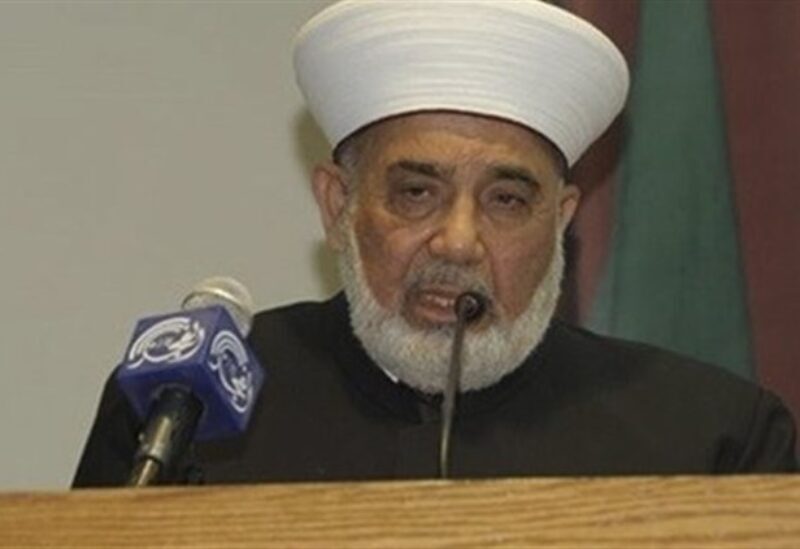 The Grand Mufti of Mount Lebanon, Sheikh Muhammad Ali Juzu, said in a statement: “Hezbollah is not allowed to control Lebanon as a colonial power that owes allegiance to the Wali al-Faqih in Iran, and works to spread chaos and unrest, and causes the spread of devastation and destruction and cover up the corrupt and failed rule, which disrupts life. It obstructs in order to achieve personal, partisan and material gains at the expense of the whole country, which has led Lebanon to political, economic, social and sectarian bankruptcy.”

He referred to “the smuggling that the party has mastered for the sake of  the Syrian-Iranian regime, which has confiscated dollars, foodstuffs, medicine, fuel and electricity, so that people live in unjust darkness in order to achieve the goals of the Wali al-Faqih,” and said: “The terrible fire in the fuel tank in Akkar caused a terrible tragedy. The killing of our children and our families in a horrible, and the whole world condemned it.”

He considered that “all of this was caused by the failed sectarian regime.” He said: “We do not want fuel or diesel from Iran, but we want it to spare Lebanon and the Arab world and take care of its people.”

And he concluded: “Lebanon has become a farce in which the whole world is mocking, because of external interference, especially Iran. Have mercy on the Lebanese people, and let them live and be liberated from this abhorrent rule and its supporters.”