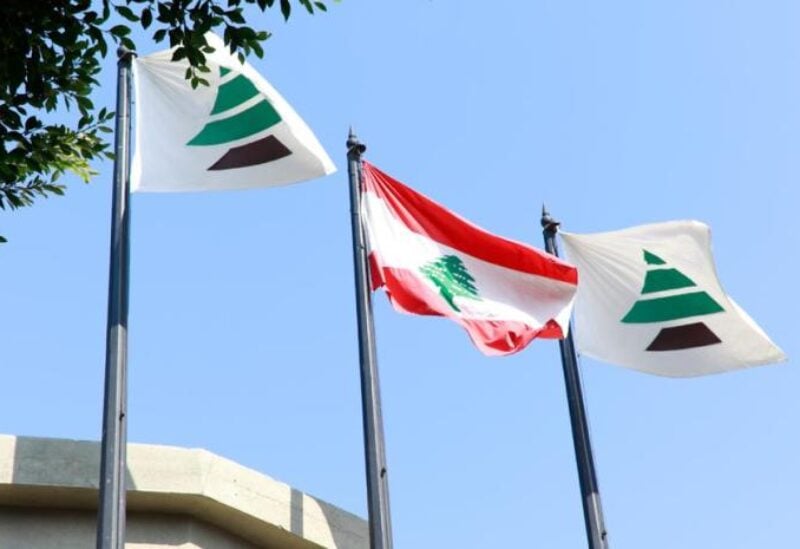 The Kataeb Party slammed on Thursday the “provocations” of Syrian nationals who cast their ballots in Lebanon in favor of Syrian President Bashar al-Assad as “unacceptable”, and called on the Lebanese security forces to play their role in this regard.

“One week after provocative convoys have been roaming Lebanese regions, brandishing Syrian regime flags and photos of President Bashar al-Assad before the eyes of the (Lebanese) security apparatuses, it was normal to expect the reactions witnessed by several Lebanese areas shortly before some Syrian nationals participated in the elections of their country’s presidency,” the party said.

“The Lebanese people are fed up with scenes of violence and intimidation after all the suffering they went through,” it said, noting that “such provocations and transgressions are unacceptable by all standards.”

“The Syrian flags and photos represent for the Lebanese the one who murdered them, occupied their country, suppressed their youth, assassinated their elite leaders, blew up their places of worship and is still arresting their ‘heroes’ until present.”

Scuffles erupted on Thursday between Lebanese and Syrians who were on their way to cast votes at their embassy in Lebanon in favor of Syrian President Bashar al-Assad, as polling abroad began before next week’s presidential election.

Lebanon’s relations with neighboring Syria have often been fraught in the past. Syrian forces were deployed to Lebanon in the 1975-1990 Lebanese civil war and ended their 29-year presence in 2005. Lebanon now hosts 1 million refugees from Syria’s own civil conflict.

“They can go and vote and leave but carrying the Syrian flag here, that’s not right,” said one Lebanese man who asked not to be named. “This is provocation,” he said.

Syrians abroad voted on Thursday before the May 26 election inside Syria, a vote President Bashar al-Assad is all but certain to win.