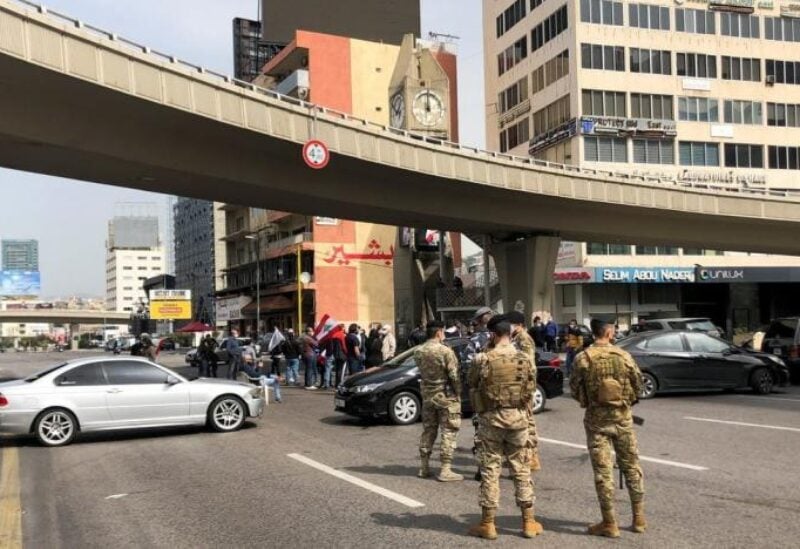 FILE PHOTO: Cars block a highway during a protest against the fall in Lebanese pound currency and mounting economic hardships, in Jal el-Dib, Lebanon March 9, 2021.

The Lebanese army announced on Wednesday it had started clearing roadblocks eight days after demonstrators burned tires to block roadways across the country, venting their anger over the country’s economic meltdown and political deadlock.

“As a result of the tragic accidents and violations that took place, units of the army started this morning opening closed roads,” said a statement posted on the Lebanese army’s official Twitter page.

Lebanon’s President Michel Aoun had asked the army and security forces to clear the obstructions on Monday after a meeting with top officials.

The country’s financial crisis, which erupted in 2019, has wiped out jobs, locked people out of their bank deposits and raised the risk of widespread hunger.

Groups of protesters have been burning tires daily to block roads since the Lebanese currency tumbled to a new low last week, deepening popular anger over the country’s financial meltdown.

Three people died in car accidents amidst the roadblocks on Monday including 2 young men who died when they drove into a truck that was parked across a road to block traffic.

In a sermon, he assured protesters that he stood by them and felt their pain but that people on the road are not the cause of the country’s problems and should not be the ones who are punished.