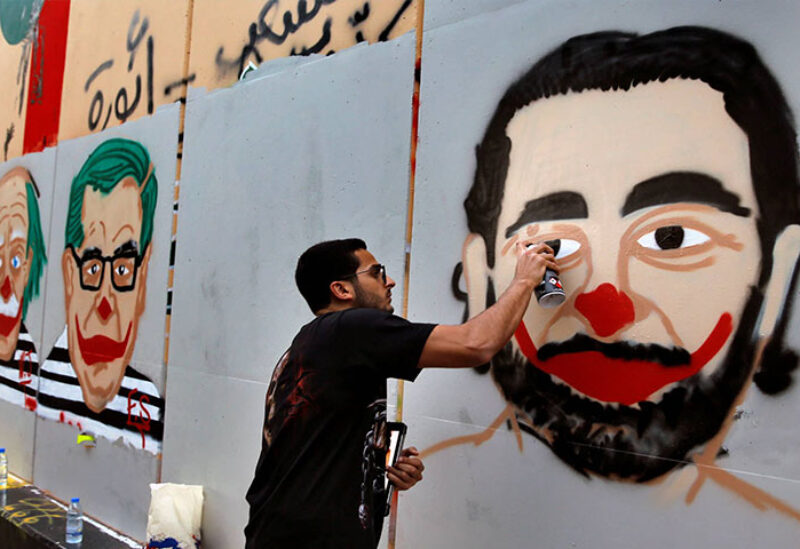 Members of Lebanon’s entrenched political class have shrugged off thinly-veiled threats by France to sanction them for failing to form a government capable of enacting reforms after seven months of vacuum.

French Foreign Minister Jean-Yves Le Drian on Monday said there was a need to reinforce pressure on Lebanese leaders, two weeks after President Emmanuel Macron hinted at a tougher approach on Lebanese politicians.

Mustapha Allouche, who is close to Prime Minister-designate Saad Hariri, said the specter of sanctions was not enough to convince politicians to act.

“This is a threat and a warning,” he said, referring to Le Drain’s comments, “but will anything come out of it? It’s all talk.”

France has been at the forefront of relief and economic development efforts in Lebanon for years, but bickering and self-interest among Lebanon’s political elite has impeded efforts to save the country’s crumbling economy.

The muted reactions from Lebanese politicians indicate how intractable the ongoing crisis in Lebanon has become, as foreign-backed parties refuse to compromise to form a government.

The former member of parliament said Le Drian was likely sending a warning to Gebran Bassil, Aoun’s son-in-law and the leader of the party he founded, the Free Patriotic Movement. Their alliance with militant group Hezbollah propelled Aoun to the presidency in 2016 and gave the Christian party leverage on the political scene.

Bassil is accused by the Future Movement of pressing Aoun to seek a “blocking third” of ministerial portfolios, the equivalent of a veto. Aoun and Bassil deny the claim.

“In truth, French pressure is not in the right place because Gebran Bassil, who is blocking government formation, is already sanctioned by the US,” Allouche said.

Seven months after Macron launched a French initiative to save Lebanon, which was struck by a severe economic crisis and a deadly blast, political leaders have failed to follow his plan and agree on a reformist government, required to unlock billions in debt relief and aid.

In his latest bid to revive Macron’s initiative, Le Drian called for more pressure on the Lebanese political class. Diplomatic sources had previously confirmed to The National that Europe is exploring the possibility of sanctions.

“The minister has indicated to his European, regional and international counterparts that after seven months of deadlock, the time has come for reinforced pressure,” Le Drian’s statement read.

His position seems to be shared by the European Union’s Foreign Affairs Council. The bloc’s foreign policy chief Josep Borrell last week said: “We share the concern expressed by France about the situation in Lebanon.”

There was no public comment about the talks from any of the Lebanese leaders. A spokesperson from Berri’s office refused to comment on the issue.

A spokesperson for President Michel Aoun also declined to comment on the possibility of sanctions, saying that the talks “were fruitful on both sides”.

Analysts told The National that French pressure was unlikely to materialize anytime soon.

Dr Imad Salame said he believed this threat had been made by the French too many times to make politicians react.

“The French have been threatening Lebanese politicians for more than a year now but nothing has materialised.” he said.

A major problem with potential sanctions is that France does not have enough leverage against groups it may consider sanctioning, said Mohanad Hage Ali of the Carnegie Middle East Institute.

“There are growing European fears about the ongoing crisis but French leverage is pretty weak,” he said.

A European politician close to EU foreign policy circles told The National that France appears to have over-estimated its influence in Lebanon, and that the power vacuum developing in Beirut has allowed other international players to jump in, undermining the role of Mr Macron.

He said that although Macron is exasperated, he must keep communication channels open with the politicians that France is implicitly threatening to sanction.

“Russian-US relations are at rock bottom and Lebanon is developing into a playing field of other external actors – not just France,” he said, adding that both Hezbollah and Saad al Hariri had opened channels with Moscow and that Turkey had started forging ties in Lebanon.

A parliamentary delegation from Hezbollah went on a four-day visit to Moscow earlier this month.

“It is not exactly news that all the Lebanese political class is corrupt, that they do not care about putting together a plan to save the country. They put their personal gain above anything else,” he said.