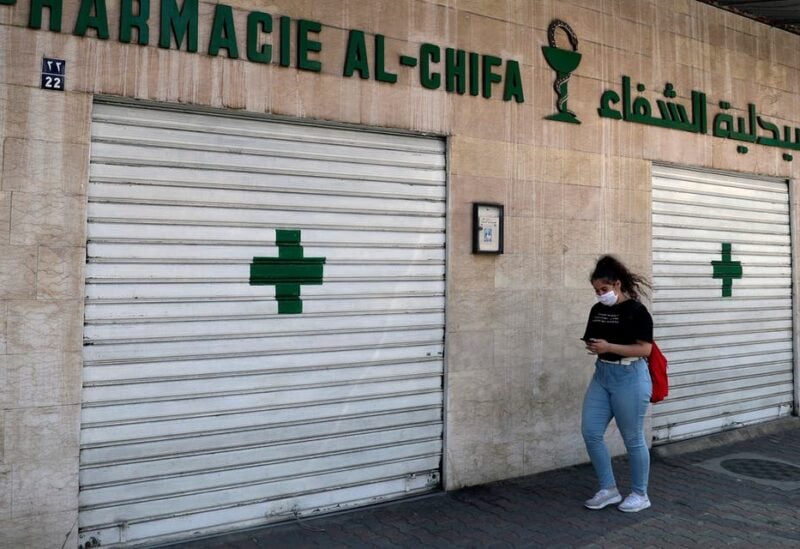 Women in Lebanon can no longer afford menstrual products as plummeting economic conditions in the country have pushed half of the population below the poverty line.

Reeling from the effects of the COVID-19 pandemic, the deadly Beirut port explosion, and a dire economy, Lebanese women have now been forced to deal with a 500 percent increase in the prices of menstrual products, according to the Lebanese non-governmental organization (NGO) Fe-Male.

“Period Poverty” is defined by the lack of access to sanitary products, a safe and hygienic place in which to use them, and the right to manage menstruation without shame or stigma. It is becoming a widespread issue in Lebanon.

With no other options in sight, many have been forced to find alternatives, such as using newspapers, old cloth or tissue paper. All are very unhygienic and cause health issues that they cannot afford to treat, the co-founder of the Dawrati initiative Line Masri told Al Arabiya English.

“It’s very sad, it’s humiliating. [Women] are using tissue papers. Some of them are cutting the diapers of their child in two so they can use it as well. They use newspapers. They use old cloth. It’s very humiliating, and most importantly, it’s not hygienic whatsoever,” Masri said.

Thousands of Lebanese citizens have been propelled into poverty in what the World Bank has said is one of the top three worst global financial crises since the mid-19th century.

Masri launched Dawrati – which means menstrual cycle in Arabic – along with her friend Rana Haddad in May 2020, in the midst of the financial crisis, and at the peak of the coronavirus outbreak.

The two women noticed that while aid packages from NGOs began to include facemasks and sanitizers, a few essential items were missing – menstrual products.

“Women in Lebanon are going through an economic and financial crisis. We went through a double explosion in the Beirut port, an economic collapse. We are fighting COVID. So all this is already taking a toll on people in general, and more particularly for women, who cannot afford period pads anymore,” Masri told Al Arabiya English.

Dawrati essentially aimed to help women and girls from low-income households. However, as the currency lost more than 90 percent of its value, Masri said that women of different socio-economic backgrounds can no longer afford to buy period products.

“Today, everyone is becoming vulnerable. There is a need to redefine what vulnerability is. Before, it used to be someone with no income. Today, it is someone with an income. These are educated girls who are working in a bank, in an institution, but their salary is no longer enough because of the inflation,” Masri added.

Faten Menhem Aoun, a 36-year-old mother of two, told Al Arabiya English that the inflation has pushed people to re-evaluate what items are essential while they also struggle to put food on the table and deal with the imminent possibility that the hours-long power outages could last for days.

“I am worried for the next day honestly. We are worried [the government will] deprive us of electricity. We are worried not to be able to put food on the table. It’s sad because the banks robbed us of our money that we worked our whole lives to save. [We have] no more savings and no more work. It’s scary.”

For Tripoli resident Sahar Yahya, the circumstances have also pushed her and many of her friends to scout for cheaper brands and cut out other household items.

“Menstrual products are a priority, so we changed the brand we use. [We are] looking for ones that cost less. In general, Lebanese families changed their priorities. We cut out unnecessary products to buy important things,” Yahya told Al Arabiya English.

Dawrati and other local organizations regularly donate menstruation kits to women across Lebanon. If the inflation continues at the current rate, eventually none can afford to hand out essential packages.

“When we first launched Dawrati in May 2020, our basic menstruation pack included period pads, pantyliners, and intimate wipes that were enough for one month. It would cost us 15,000 liras,” Masri told Al Arabiya English.

“Today, a year and two months later, our menstruation kit includes period pads and panty liners, and it costs between 30,000 and 40,000 Lebanese liras per woman. I had to remove the intimate wipes because the price was crazy.”