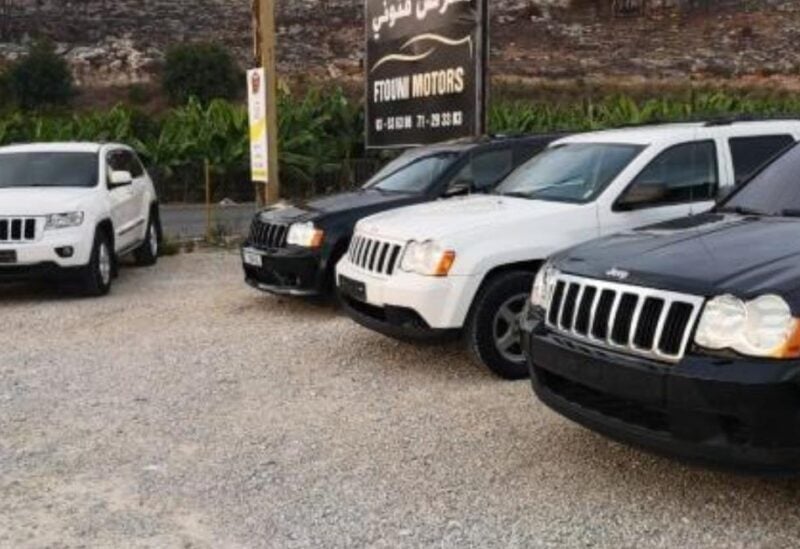 Head of used cars showrooms’ Syndicate, Walid Francis, announced that “in the event of an increase in the customs dollar, 40 percent of the showrooms will be closed,” stressing that “this is a destructive government and all its decisions are destructive.”

he revealed via a radio interview, a demonstration to take place by owners of used car showrooms on Wednesday in the port area.

The circulation of customs dollar’s approval still worries all sectors, especially those that depend a large percentage or all of their cost on the dollar, such as the cars sector. While this sector has stopped running since the beginning of the crisis, the customs dollar means acquisition of a new car, is no longer expected.

Social media pioneers are circulating a list in which the Syndicate of Special Showroom Owners has estimated the customs tariff for new imported cars. However, Finance Minister Youssef Khalil confirmed that there is no specific figure for the customs dollar so far in this context, still, the rolling list is not final.

The new and used car sector received the announcement by Minister of Finance Youssef Khalil that the customs dollar will be calculated on the price of “Sayrafa” in the 2022 draft budget, with a lot of suspicion and resentment, given that it will be an inevitable death for the sector, which is already dying against the backdrop of the economic crisis that the country is going through.

Perhaps the biggest evidence of the sector’s decline is the continuation of the significant decline in the number of new cars registered in Lebanon, which began in 2016 to record a significant decrease of 88% in 2021, compared to the same period in 2015, which will lead to an increase in the risk of closing a number of companies, and dismissing a large number of employees and workers, according to the Association of New Car Importers.