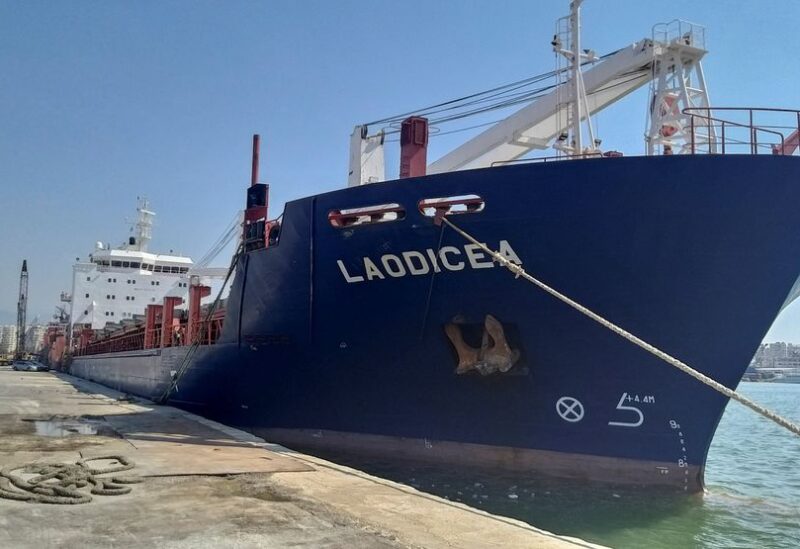 Lebanon’s top prosecutor has removed his seizure order on a ship that Ukraine said was carrying stolen grain and barley, permitting it to sail after concluding that “no criminal crime was committed”, a senior judicial source told Reuters.

A judge in Tripoli, in northern Lebanon, issued a new seizure order on Monday, which prevents the ship, the Laodicea, from sailing for the time being, according to the source.

The judge who issued the seizure order previously informed Reuters that it was only valid for 72 hours.

An official at the Ukrainian Embassy in Beirut said he could not immediately comment, and that the embassy would hold a news conference on Wednesday.

Ukraine has said that the Syrian-flagged ship was carrying some 10,000 tonnes of flour and barley plundered by Russia from Ukrainian stores following its February invasion of the country.

The Russian Embassy in Lebanon has said it had no information on the cargo. Moscow has previously denied stealing Ukrainian grain.

An official from the company that owns the cargo previously denied it was stolen and said that the ship would sail to nearby Syria should it be allowed to leave Tripoli.

The Laodicea arrived in Lebanon on July 27 and two days later top prosecutor Ghassan Oueidat ordered it seized pending investigations following a protest from the Ukrainian embassy and other Western nations.

On Monday, Ukraine asked Lebanon to cooperate on a criminal inquiry into the ship opened by a Ukrainian judge. Ukrainian authorities say the Laodicea travelled to a port in Russian-occupied Crimea closed to international shipping and that it took on cargo there before sailing to Lebanon.

The ship, the Sierra Leone-flagged Razoni, is to proceed to its final destination in Tripoli in Lebanon after inspections by U.N., Russian, Ukrainian and Turkish officials.

The embassy said Lebanon would receive preferential treatment due to its official stance against Russia’s invasion and that Kyiv would support Beirut as it faces bread shortages due to a three-year-long financial crisis.