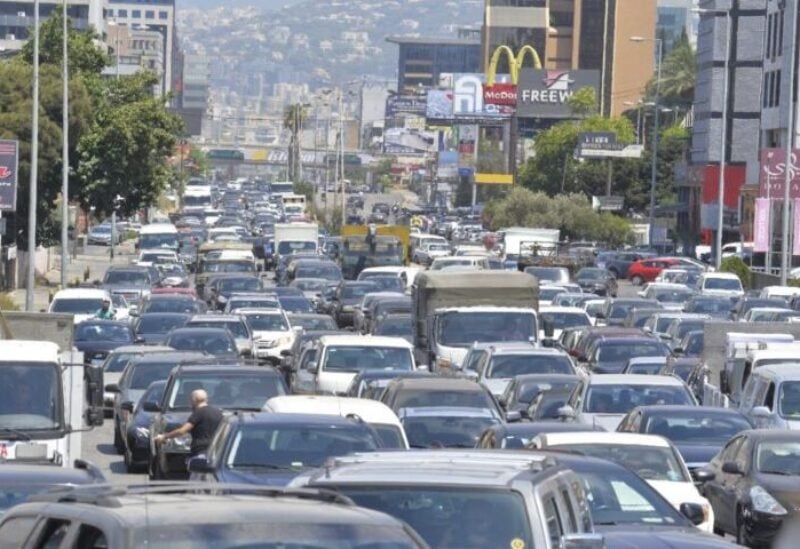 Fuel crisis has escalated further on Friday, threatening the country of “general paralysis.” Unprecedented scene has been witnessed in the morning in front of petrol stations in Beirut and other regions, as some of the citizens have slept in cars to take part in the “humiliation queues”.

Responsibilities are being spread among officials regarding the escalation in fuel crisis, amid a total absence of any solution. “Coral” stations were completely closed after it ran out of stock yesterday, while “Total” announced that it will resume work today, after unloading a gasoline and diesel shipment on Wednesday.

Al Aytam stations, apologized to their customers for forcibly closing the largest of their stations in Lebanon (Airport Road) after it ran out of stock as well.

Long queues of cars have lined up in front of the stations since the early morning, causing a stifling traffic jam in Beirut, while the majority of ‘Total’ stations across the regions are still closed until now.

The member of the Lebanese Syndicate of Gas Station Owners, George Brax confirmed this morning that “the Central Bank adheres to its position, and the government is committed to rejecting this decision.”

The Central Bank had asked to lift the total subsidy on fuel, and said that it would secure the dollars required to import fuel, but at the black-market exchange rate. But the government, refuses this proposal, and refuses to play its role amid this collapse.

Brax said on his Twitter account: “There is no solution yet, but we are striving to find a solution. Several companies ran out of gasoline and stopped delivering,” stressing that “the queues will be expand at some steadfast stations.”

Brax said that amid the absence of any agreement, we are heading forcibly towards halting operations in gas stations, and towards general paralysis.