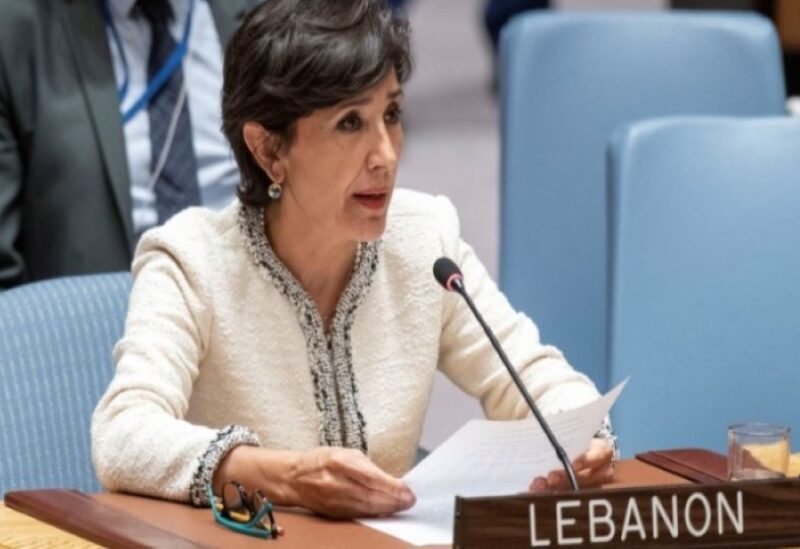 We meet today as the world is looking into the abyss. We are concerned about the tension and escalation in Europe and what the Secretary General Mr. Guterres described as the biggest peace and security crisis in recent years. Humanity is still battered by a cruel pandemic and the last thing we need is an additional threat of war.

Lebanon, a small country that has lived through occupation, wars and interventions, knows well the meaning of devastation, injustice, and conflict, and calls on all sides to stop in words and actions this alarming slide toward conflict. We call on all parties to choose the path of peace which must prevail over the sound of guns.

We strongly believe in article 2 of the Charter, which calls on all “Members to settle their international disputes by peaceful means in such a manner that international peace and security, and justice, are not endangered”.

We believe in the prohibition of the use of force. The Charter stipulates that “all members shall refrain in their international relations from the threat or use of force against the territorial integrity or political independence of any state, or in any other manner inconsistent with the purpose of the United Nations”.

Lebanon calls for prioritizing diplomacy and a political solution to the conflict in Ukraine, based on international law. We agree with the Secretary General that it is “high time for de-escalation”. It is “high time to return to dialogue and negotiation”.

We appeal to all sides of this conflict to choose the path of peace over a painful and costly path similar to the one that Europe and the world experienced 76 years ago and vowed not to repeat. This very organization was established to save “succeeding generations from the scourge of war”. As we speak today, innocent people on the ground, especially children and women, are living under the imminent threat of conflict.

Let us save our generation and succeeding ones   from the scourge of war. A war anywhere has the potential to become a war everywhere. That is a major concern for all countries, especially the ones that are already facing multiple challenges today.

The world today needs to heal, to recover better, to eradicate poverty and hunger, to help millions of refugees return home, and to build a better future.