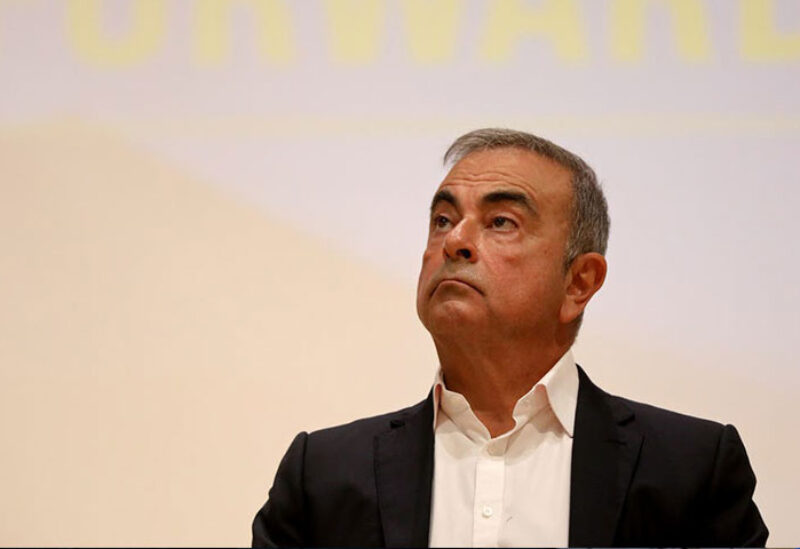 After receiving an Interpol red notice for his arrest without taking new legal measures against him, Lebanon has questioned ex-Nissan boss Carlos Ghosn, a court official said Monday.
“Judge Imad Qabalan interrogated Ghosn in the presence of his legal representative over the contents of the red notice,” the official said on condition of anonymity as he is not authorized to speak on the issue.
The questions centered on allegations including “money laundering, misuse of power … squandering company money” and others, the official said, adding that Ghosn was later released.
Earlier in May, Lebanon received the Interpol red notice, which is not an international arrest warrant, but asks authorities worldwide to provisionally detain people pending possible extradition or other legal actions.
The notice was issued after France sought the arrest of Ghosn in April over suspect payments of some $16.3 million (€15 million) between the Renault-Nissan automaker alliance that Ghosn once headed and its dealer in Oman, Suhail Bahwan Automobiles.
Following the latest questioning session, Lebanon will send Ghosn’s responses to French judicial authorities, the court official said.
Lebanon, which does not extradite its citizens and has banned Ghosn from leaving its territory, asked France to send all evidence it has gathered against the former executive so that the judiciary can determine whether he can be tried in Beirut.
Ghosn — who holds French, Lebanese and Brazilian citizenships — was initially due to stand trial in Japan following his detention there in 2018, but he jumped bail and fled to Lebanon.