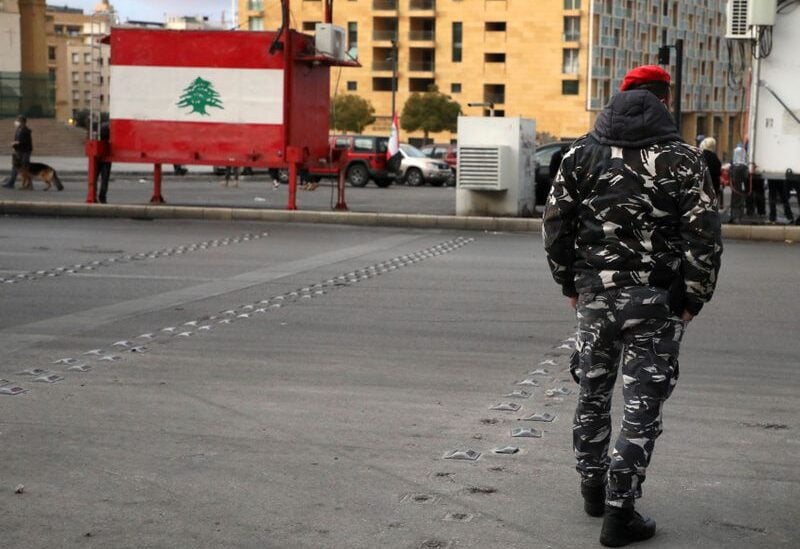 Discontent is brewing in the ranks of Lebanon’s security forces over a currency crash wiping out most of the value of their salaries as unrest and crime surge.

In unusually outspoken comments, General Joseph Aoun, Commander of the Lebanese Armed Forces, said his warnings that the pressure on soldiers’ earnings and morale could lead to an “implosion” had fallen on deaf ears.

Lebanon’s pound has crashed 85% since late 2019 in a financial meltdown that poses the biggest threat to stability since the 1975-1990 civil war.

“Soldiers are going hungry like the people,” General Aoun said on Monday, berating politicians without mentioning names. “Do they want the army or not? Do you want the army to stay on its feet or not? … They don’t care.”

The basic monthly salary of a soldier or policeman, which used to amount to nearly $800, is worth under $120 today. Budget cuts pushed the military to cut meat from its meals last year.

In what was seen as a sign of the times, the French embassy donated food parcels last month to the Lebanese army, which has long been backed by Western nations.

Some officials have cautioned that security forces will struggle to contain unrest across the Lebanese territories.

More than 50% of the population is now poor, with wages slashed across the board, prices skyrocketing and no state rescue plan in sight. That was even before the currency hit a record low last week after months of political deadlock.

The military, its commander and the caretaker interior minister have denied recent local media reports that the deteriorating economic situation spurred a rise in forces abandoning duty. Nonetheless, 3 security sources told Reuters a buildup of pressure on lower-ranking servicemen has fueled concerns of desertions.

One member of the security forces, speaking on condition of anonymity, said he wanted to leave after many years because it had become hard to pay rent. He said he knew 3 others who had abandoned duty, which is punishable by law, and feared commanders would reject his request for a discharge.

“If nothing works, I’ll have to resort to fleeing,” he said, adding “we’re ready to protect of course but…I used to buy my kids whatever they wanted. Now I can barely afford groceries.”

A security source said army desertions were still within the usual pre-crisis figures, though there were plans to boost aid to prevent a surge.

“We’re feeling the choke but we’re enduring.” He said a sense of national duty and bleak job prospects across Lebanon helped keep forces from wavering, but warned they should not “be pushed too far.”

With the country on edge, unrest is expected to grow. Lebanese have burned tires and blocked main roads for a week since the pound currency hit its new low.

A day after the president asked forces to open the roads, demonstrators still closed highways leading out of Beirut on Tuesday.

The economy’s collapse has brought a shift in robberies with more people trying to steal food, baby formula or medicine, a second security source reported. There was also an uptick in gunmen holding up drivers at night to take cars, he added.

In 2020, murders jumped 91% from 2019, according to research firm Information International, based on police data. Robberies shot up 57% and car thefts hit a nine-year high.

A police spokesman did not respond to a request for comment.

Road safety charity YASA said about 10,000 manhole covers had disappeared in Beirut, as thieves sell the cast iron for $100 each, more than Lebanon’s monthly minimum wage.

Fears of muggings have pushed many to take precautions like avoiding ATMs at night. Eight people, including a designer and an engineer, said this had pushed them to buy a pistol.

“If I had the money, I would have bought a licensed gun for the place,” said shop owner Khodr Osman. “There’s no safety today. The state is in disarray.”