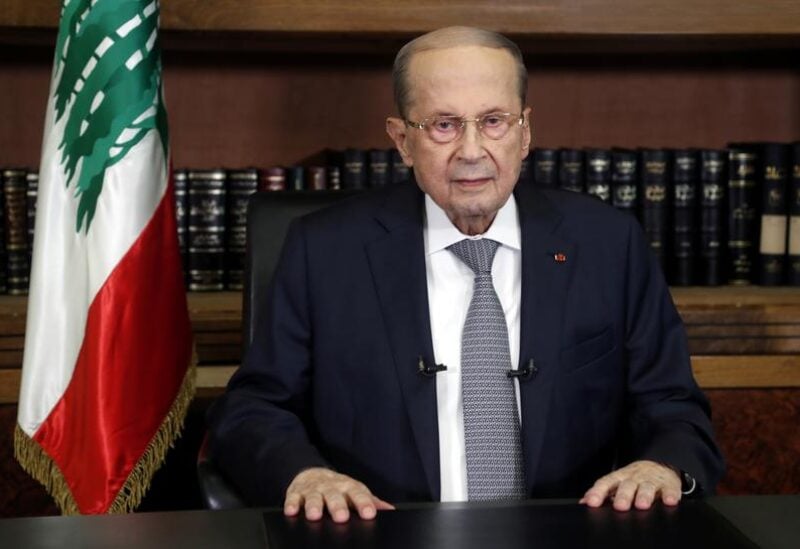 Lebanese prime minister-designate Saad Hariri has arrived to the Baabda Palace where he is currently holding talks with President Michel Aoun over the formation of a new cabinet, local media reported on Thursday.

This comes as the Lebanese pound rose on the black market, trading at 12,900 against the U.S. dollar, on reports the country’s top two leaders would revive efforts to form a new government.

Aoun called Hariri on Wednesday to form a new cabinet immediately or else make way for someone who can.

Hariri responded by saying that he would meet with Aoun yet again to discuss names that he had submitted “weeks ago” for the cabinet, but that if Aoun was then unable to approve them he should then call for early presidential elections.

The exchange was the latest round in an almost five-month-old dispute between Aoun and Hariri over government formation, leaving the country rudderless as it sinks deeper into financial collapse.

Lebanon is in the throes of a profound economic crisis that is posing the biggest threat to its stability since the 1975-1990 civil war.

In a televised speech after inviting Hariri to Baabda Palace for immediate talks on a new government, Aoun said: “If prime minister-designate Hariri finds himself unable to form a government…, he should make way for those who are.”

In a statement issued after the invitation, Hariri said he would visit the president for the 17th time to discuss government but if this failed to yield results, Aoun should “cut short the suffering and pain of the people through paving the way for early presidential elections.”

A viable new government would be the first step towards urgently-needed reforms that could unlock international aid.

The government of PM Hassan Diab resigned on the back of the Aug. 4 Beirut port explosion that destroyed swathes of the capital and left 200 dead.

Diab’s cabinet has stayed on in a caretaker capacity until a successor is formed but fractious politicians have been unable to agree a cabinet since Hariri’s nomination in October.

Erupting in 2019, the financial crisis has wiped out jobs, locked people out of their bank deposits, slashed nearly 90% of the value of Lebanon’s pound currency and raised the risk of widespread hunger.

The pace of meltdown has escalated in the past two weeks with the pound losing a third of its value, shops closing down and protesters blocking roadways.