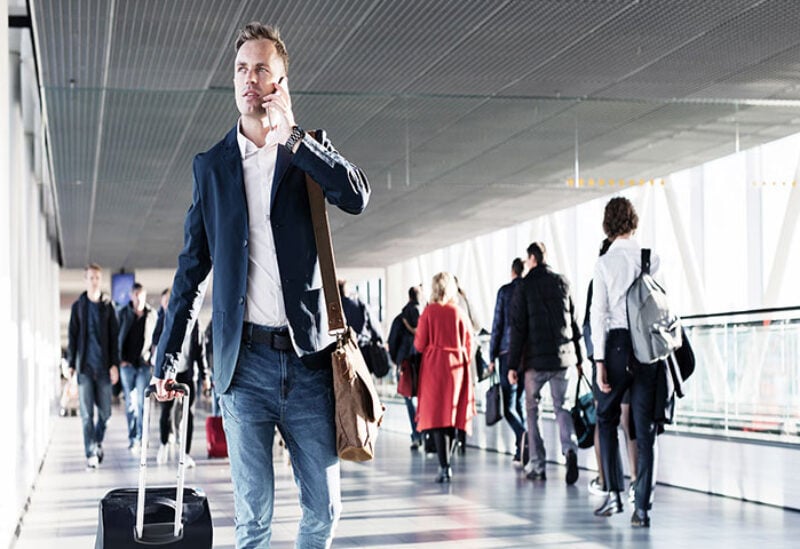 The summer season seems to be promising this year against all odds. The travel and tourism sector is showing signs of revival, as a result of the improving booking activity for inbound and outbound tourism. Travel bookings are likely to reach 2019 number, which is considered an extraordinary year for the country’s tourism.

“Despite the catastrophic situation, and unprecedented economic and health conditions, demand for travel bookings is on the rise,” said Mohamad Fakih, Owner of Concord Travel and Tourism agency to Sawt Beirut International (SBI). He added that inbound visitor arrivals have improved tremendously compared to the last year, which was the worst in decades, however they account for 20 percent of 2019 numbers, that was an extraordinary year in terms of tourism.

Owner of Barakat Travel Mohamed Barakat, seems to be more optimistic, as he pointed out that the rate of bookings this year is close to 2019 figures. “After dismissing the majority of our staff last year, we are seeking to form new team as soon as possible to meet the soaring demand for travel bookings.”

Travel agencies attributed this surge in travel bookings demand to the moderate level of stability, security, and safety in the country. The rate of Covid-19 infections and deaths have dropped tremendously. France has lately placed Lebanon on the green list, and Fakih expects other European countries will follow France, which indicates that travel activity with Europe will rebound. Barakat added that Lebanon has become more competitive and less expensive lately due to the currency’s devaluation, and this is attracting more expatriates.

Fakih said that these good results were achieved although the Gulf countries, the main stream of tourists visiting Lebanon, is yet closed amid restrictions imposed to curb the pandemic.

Iraqi tourists are at the forefront, followed by Jordan and Egypt. Around 50 percent of the reservations are from Iraqis, Fakih said, who mainly visit the country for medical tourism. “There is a remarkable activity by Russian tourists, especially after it removed travel restrictions,” Fakih said. Travel agencies are also counting on tourists and expatriates in Europe. Barakat said that they are sighting a shy activity from individuals rather than groups coming from Germany, France, Britain, Bologna and Italy, but “we expect this activity will improve with additional demand coming during this month.” The decision to remove the 14-day quarantine for those coming from Brazil will strengthen the activity of arrivals from Latin America. “The majority of the planes are arriving at full capacity, from America, Australia, and Canada,” Barakat said.

The bookings for outbound tourism are also on the rise. The trend is downward compared to previous years, as a result of devaluation and currency losing 90 percent of its value, said Fakih, however, a remarkable activity still exists, despite the economic crisis.  Fakih said that demand is coming mainly from citizens who are being paid in fresh dollars, or from those having deposits in banks and intending to exploit these funds in paying for travel tickets.

Barakat confirms that outbound bookings are mainly focused on Egypt, specifically Sharm el-Sheikh, Turkey, Cyprus and Greece, in addition to the Maldives and Sri Lanka. “Lebanese are likely seeking vacations with their families in countries that include beach resorts rather than overcrowded cities,” Barakat said.

The Middle East Airlines have announced lately that it will charge the price of tickets in fresh dollars. But according to Fakih, the decision didn’t impact the sales activity negatively. He considered that people who are seeking to travel either for holiday vacations or for business will travel regardless of the price ticket. He added that the new prices of airline tickets didn’t fluctuate. When each dollar was traded at an exchange rate of 3,900 Lebanese pound airlines increased the tickets’ prices. For instance, an airline ticket to Dubai, was priced before the financial crisis at an average of $300, but rose after the crisis to $1,000, and now after the latest decision prices returned back to $300 dollars, that means its value in the Lebanese pound remained approximately the same.