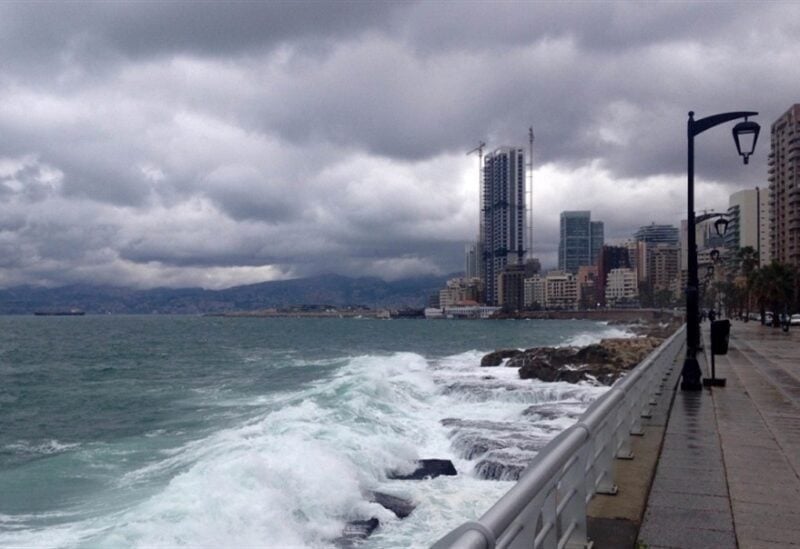 Lebanon is affected by air stability that continues until Monday, to return and change on Tuesday, with the possibility of local rains and a decrease in temperatures.

Lebanon is expected to witness a significant drop in temperatures next week.

– The temperature on the coast is between 18 and 27 degrees, in places between 8 and 23 degrees, and at 1000 meters between 13 and 22 degrees.
– Weather: Sunny on the coast to partly cloudy in mountainous areas
– Wind: Weak northwest, with a speed of 10-30/hr
– Surface humidity recorded on the coast between 60 and 85%
– Atmospheric pressure recorded a coast of 1022 hpa
– Good vision
– The sea is low, the wave height is low and the water surface temperature is 24 degrees.

Monday: stable, sunny on the coast to partly cloudy on the mountain, and the temperature ranges between 17 and 25 degrees, coasts 8 and 22 in the Bekaa, and between 11 and 21 degrees at the 1000 meters, while the winds are northwesterly weak and their speed is between 10 and 30 km / h.

Tuesday: Partly cloudy with the possibility of some local rain during the day, and the temperature drops between 17 and 23 degrees, coasts 8 and 19 in the Bekaa, and between 11 and 18 degrees at the 1000 meters, while the winds are northerly weak and their speed is between 10 and 30 km / h.