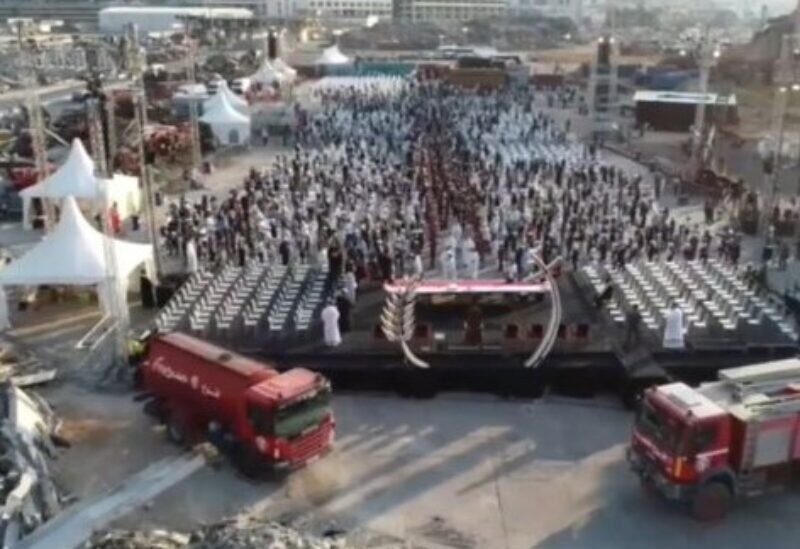 The Mass service in memory of the Beirut Port fallen martyrs, headed by Maronite Patriarch, Cardinal Bechara Boutros al-Rahi, began a short while ago at the site of the explosion in the port area, organized by the Maronite Archdiocese of Beirut and the “Church for Lebanon” Gathering, with the participation of the families of the victims of the explosion.

The Mass began with verses from the Holy Quran, followed by an air show carried out by a squadron of the Lebanese Air Force over the area of ​​the explosion, in tribute to the martyrs and victims of the tragic blast, represented by the flight of a helicopter upwards towards the sky, embodying the souls of the martyrs. Three other helicopters also painted with their smoke the colors of the Lebanese flag in the sky.

Then, across a wide screen, the lighting of a candle and rising of prayers from the Church of the Holy Sepulcher was shown.

After that, the names of all the victims of the explosion were recited, and then a minute of silence was observed in honor of the souls of the fallen martyrs.