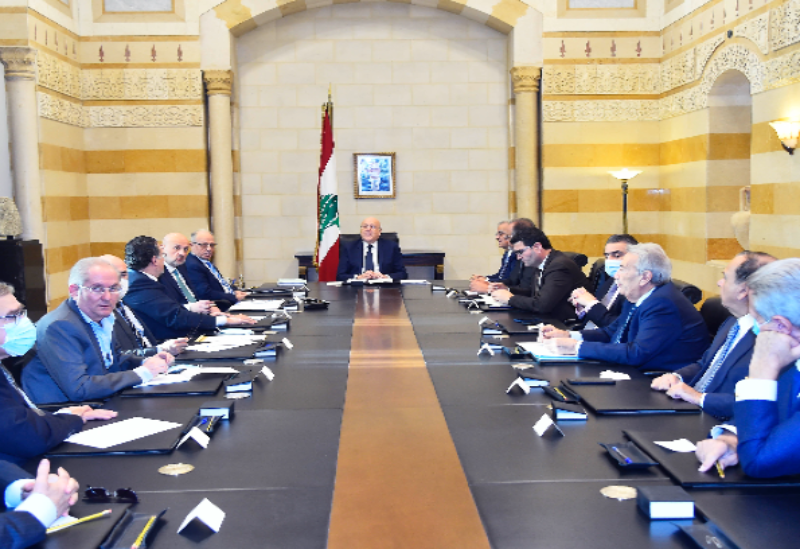 The meeting was also attended by the Director General of Customs, Raymond Khoury, Head of economic bodies Mohammed Choucair, Head of the Lebanese Industrialists Association, Fadi Gemayel, President of the Beirut Merchants Association, Nicolas Shammas, and the Union of the Lebanese-Gulf Businessmen Councils headed by Samir Al-Khatib.

Speaking in the wake of the meeting, Minister Mawlawi stressed on the need to take quick and practical measures that show that the government is fulfilling its duties in controlling the borders, the airport, the port, and all the crossings.

“What is required of us is taking quick and serious steps, and we will take successive measures in this regard, and we will have frequent meetings at the request of Premier Mikati  for daily follow-up by conferees. We will perform our duties to the fullest,” Minister Mawlawi asserted.