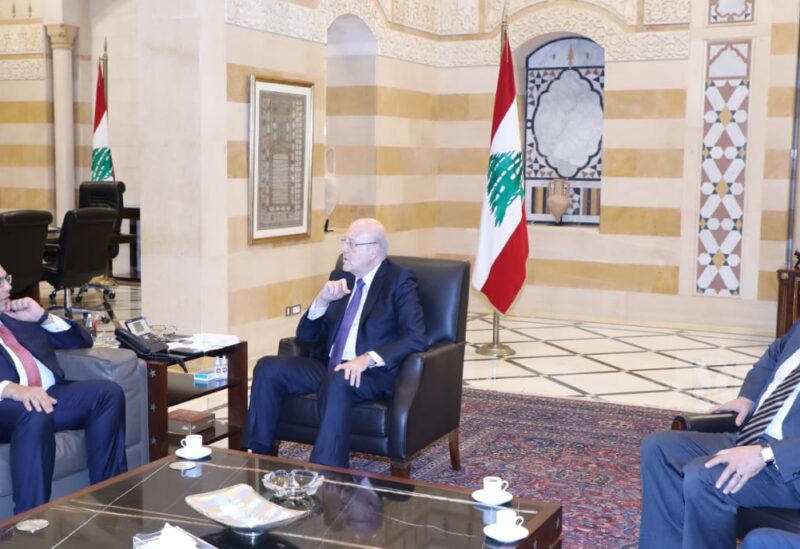 Prime Minister Najib Mikati received at the Grand Serail on Tuesday, Executive Director of the International Monetary representing the Arab Group in the Fund’s Board of Directors, Mahmoud Mohieldin.

During the meeting, Mikati stressed that “Lebanon relies a lot on approving a cooperation plan with the International Monetary Fund to help it overcome the financial and economic crises which has reached unprecedented levels.”

He said: “In parallel, the government has started preparing a plan for financial and economic recovery, which includes basic reforms in the economic and financial structure and stopping the financial bleeding caused by the electricity sector in particular, and the implementation of reform decrees and laws approved by the House of Representatives.”

“The reforms demanded by the International Monetary Fund are a Lebanese need and necessity before they are an external demand,” he stressed.