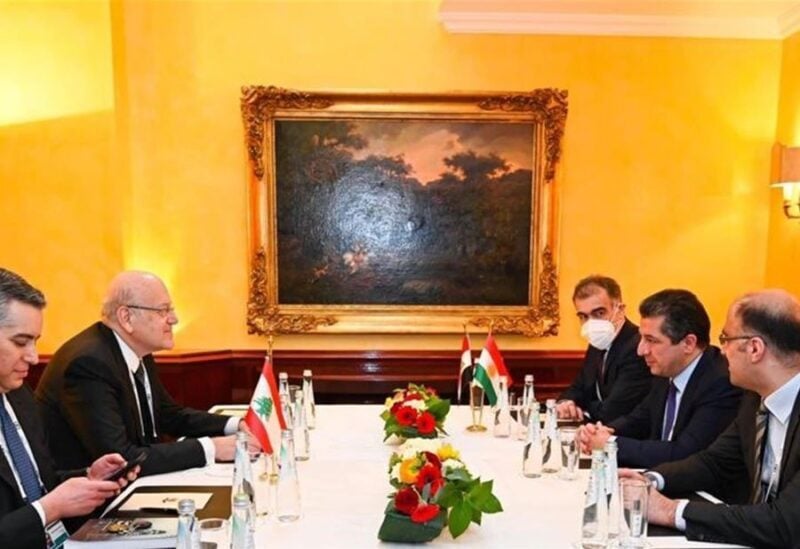 Mikati during his participation in Munich Security Conference

Prime Minister Najib Mikati pursued today his meetings in Germany, on the sidelines of his participation in the “Munich Security Conference”.

In this context, PM Mikati held a meeting with German Minister of State for International Cooperation Nils Anin, in the presence of Lebanon’s Ambassador to Germany, Mustafa Adib, with talks touching on bilateral relations and Germany’s efforts to support Lebanon in all international forums.

The Prime Minister seized the opportunity to ask Minister Shoukry to convey his greetings to President Abdel Fattah El-Sisi, thanking him for Egypt’s constant support for Lebanon, particularly for the recent aid that Egypt sent to Lebanon.

Mikati also met with Iranian Foreign Minister Hossein Amir Abdollahian, in the presence of the Director General of Public Security, Major General Abbas Ibrahim, who is also participating in the Munich Conference, alongside Lebanon’s Ambassador to Germany.

Following the meeting, Minister Abdollahian issued a statement indicating hat he called on all countries to support Lebanon’s stability and security without any country interfering in its internal policies, stressing that “Tehran emphasizes the need to strengthen relations between Iran and Lebanon in the political and economic fields.”

Among Premier Mikati’s meetings in Munich was also his encounter with a delegation from the US Congress, which included Senators Chris Murphy, Jane Shaheen and Chris Van Hollen.

The Prime Minister held talks as well with the President of the Kurdistan Regional Government, Masrour Barzani, with bilateral relations between Lebanon and the Kurdistan region topping their discussions. Both men stressed the need to strengthen and develop said ties, while also tackling developments in Iraq and the region and efforts to form the new Iraqi government.

PM Mikati also met with the former head of the German Christian Democratic Party and candidate for chancellor and member of the German Parliament’s Foreign Affairs Committee, Armin Laschet.