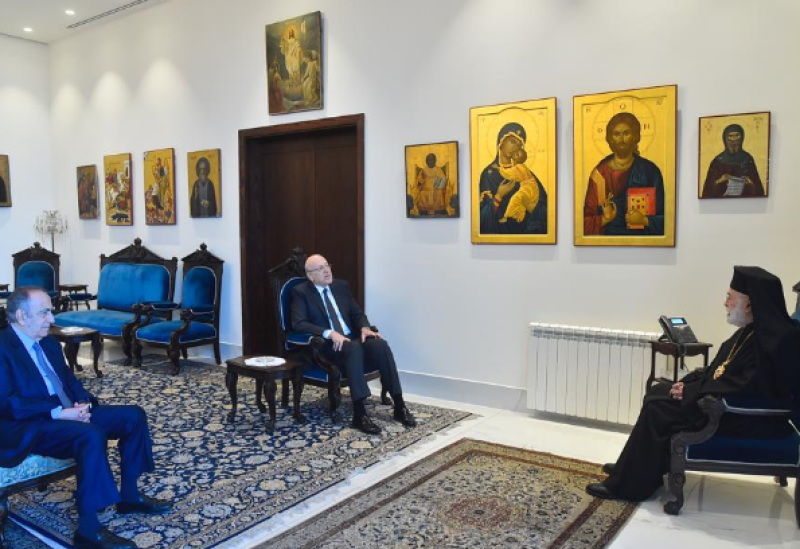 Caretaker Prime Minister, Najib Mikati, on Wednesday visited Metropolitan bishop of the Greek Orthodox Church of Antioch for the Archdiocese of Beirut, Elias Audi, to whom he offered Christmas and New Year well-wishes.

“During the meeting, we discussed many issues; His Eminence raised certain points and expressed the same concerns that are being felt by every loyal Lebanese.

On the political level, His Excellency is in favor of electing a President of the Republic as soon as possible, within a real democratic system. He also raised other issues related to educational affairs and the need to pay attention to them due to their role in raising future generations,” Mikati said on emerging.

On the security level, the PM relayed Rahi’s firm belief that responsibility for the country’s security is solely restricted to the Lebanese state.

“His Eminence also asked many questions regarding the Beirut port explosion, especially regarding investigations and the aid extended to those afflicted,” Mikati added.