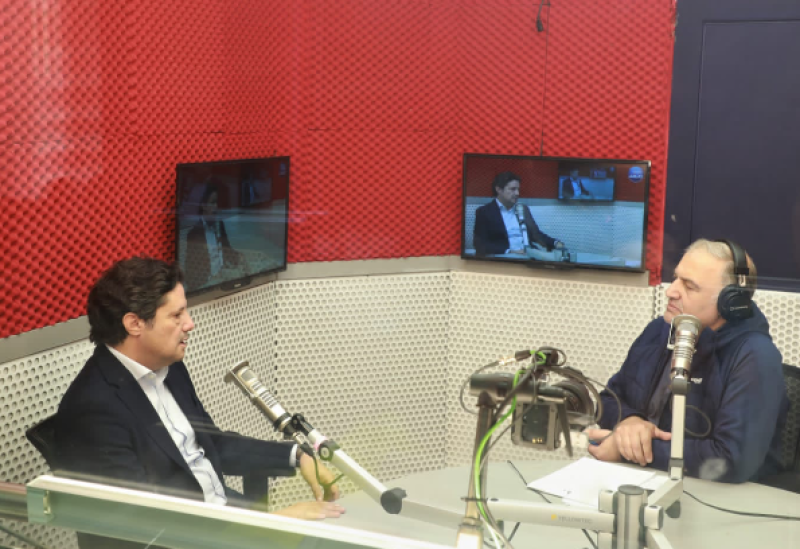 He said, “The main goal is for Television of Lebanon (TL) to broadcast the World Cup match for all the Lebanese to watch without incurring any charges.”

He also pointed out that he held two unannounced meetings outside the country on this matter, saying: “Within a week from today, we are supposed to get an answer, and it will be transparent to all the Lebanese.”

Caretaker Minister Makary’s words came during his visit today to the “Sawt El-Ghad” radio station, where he met with its Board Chairman, Wadih Abou Jaoude, and radio staff.

After touring the Radio Station’s various departments and studios, Minister Makary was hosted by Presenter Robert Frangieh on his radio program, in which he dwelt on the current developments and the ongoing efforts to reach solutions, including that of the election of the new president of the republic.

Makary revealed preparations underway for the launch of “Beirut the capital of Arab media,” noting that “two ministerial and administrative committees will be formed to follow up on this matter, and we will announce the details in a press conference soon.”

Politically, Makary said that Sleiman Frangieh “is a natural candidate for the presidency” capable of holding dialogue with everyone freely and transparently.

“Frangieh is not Hezbollah’s candidate, but rather a Lebanese candidate supported by Hezbollah,” Makary said.