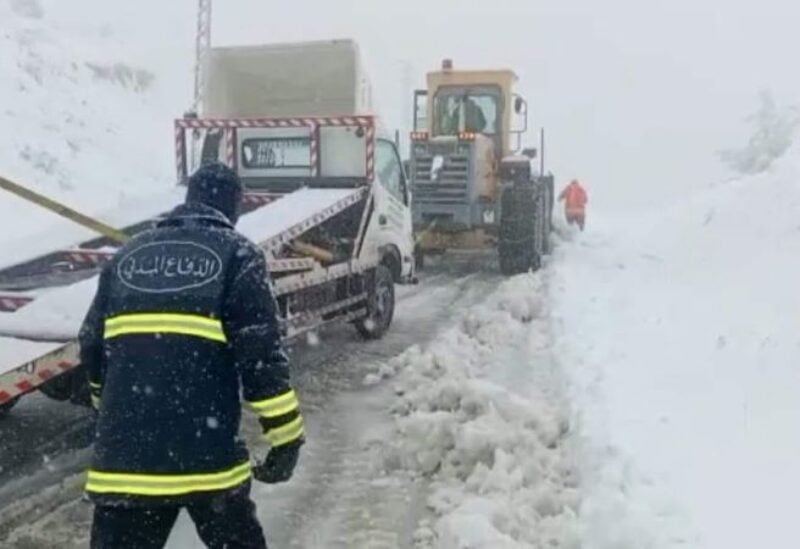 The Press Office of the Ministry of Public Works and Transport said in a statement that “it informs citizens and residents across all territories, of the following:

The snow storm that continues hitting Lebanon, is a severe storm that affected many countries in the region, and urged it to take coercive measures, with which some facilities stopped working completely, in a way that exceeded the concerned authorities’ capacity in their attempts to prevent it.

The Ministry of Public Works and Transport teams, which are working day and night throughout the storm, will always remain ready to open roads blocked by snow or by some emergency blockages in water drainage due to the heavy precipitation that occurs, which exceeds the ability of those sewers to absorb them.

The Ministry calls upon all citizens and residents to abide by the instructions issued by the Internal Security Forces (ISF) before taking roads, particularly mountainous ones.

– Wishing everyone not to move on alternative roads to roads that are temporarily closed by snow, before definitive communication with the concerned authorities, which issue successive bulletins about road conditions on all Lebanese territories, in order to preserve their safety.

In the event of any emergency, please contact the following numbers: