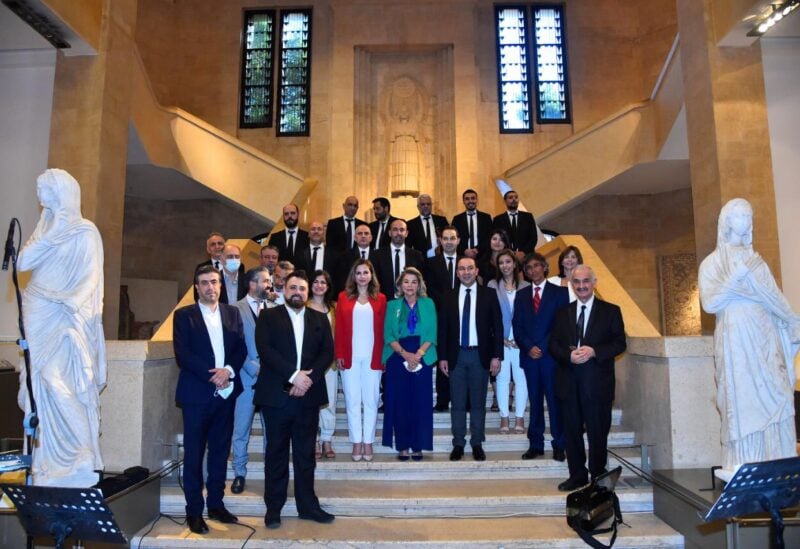 Dr. Abbas Mortada, the caretaker Minister of Culture, launched the “Beirut Hope” event at the National Museum on World Music Day on Monday.

In the presence of Caretaker Minister of Information, Dr. Manal Abdel Samad Najd, and a gathering of official and popular leaders, the Lebanese National Orchestra for Oriental Arabic Music, led by Maestro Andre El Hajj, performed during the ceremony.

“Today we celebrate Father’s Day with music, and we welcome the summer season with music; we celebrate in an institution that is close to our hearts, which is the National Museum,” Abdel Samad said in her speech. Despite the harsh circumstances that Lebanon faces, we declare that we are a resilient people that love life despite the odds. We are in the midst of a huge economic, social, and health-care fight, but we will prevail because of our dedication and willpower. Lebanon will overcome all of its challenges via education, culture, and the arts, as this great artwork headed by Maestro Andre Hajj demonstrates.”

For his part, Mortada began his speech requesting a minute of silence in tribute to  the souls of Beirut blast martyrs.

“Today, from this place, which is brimming with history, the name “Beirut Hope” has been launched,” Mortada said, highlighting the importance of reviving the Music Festival, “especially with the reduction of Covid-19 preventive measures, and looking at its importance in the cultural renaissance and return to life.”