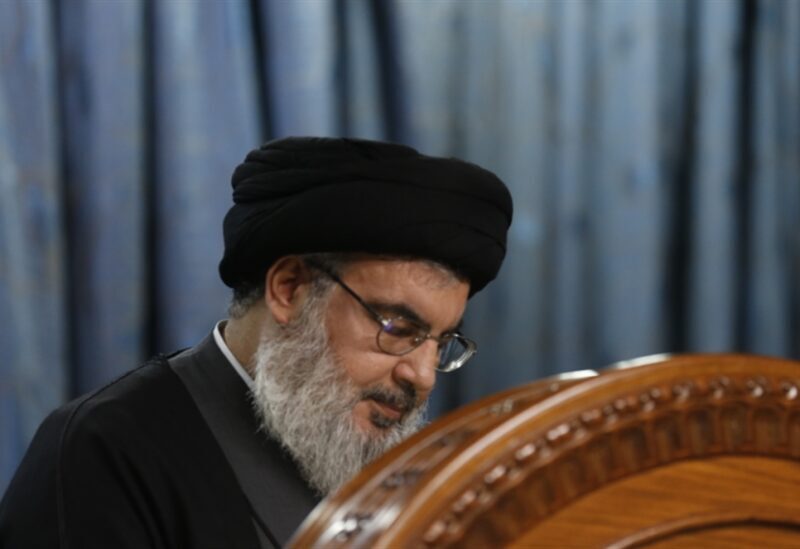 News about the Secretary-General of Hezbollah Hassan Nasrallah’s health deterioration, are still circulating, stating that he is in a coma, and that his condition had become serious.

When the first secretary general of the party, Subhi al-Tufayli, was ousted, Abbas al-Mousawi assumed the position, and after the latter was killed, Nasrallah succeed him.

It is known that the Iranian leadership has the  final word in this issue, as it supports the party, whether financially, politically, or with weapons and training, for it forms its arm in Lebanon, and its military power in the region.

Among the personalities nominated to assume the position to succeed Nasrallah:

The Iranian Khurshid newspaper reported that Safi al-Din was chosen to succeed Hassan Nasrallah, in case of his assassination.

Safi al-Din, 57, is called the second man in the party, as he is considered one of the prominent leaders, and he is also the head of the Executive Council of Hezbollah (the Hezbollah government), and is related to Hassan Nasrallah (his cousin).

He is married to the daughter of Muhammad Ali al-Amin, a member of the Sharia Board of the Supreme Islamic Shiite Council.

Safi al-Din studied in the Iranian city of Qom with his cousin Nasrallah, they both share a close relationship, and he supports the idea of ​​Wilayat al-Faqih.

Chairman of the Executive Council position, which is occupied by Safi al-Din, is the second leadership position in Hezbollah, as he follows up on the daily details of party work and organizational procedures, and he also controls all the party’s joints.

The head of this council is automatically a member of the Shura Council, the actual leadership of the party.

Safi al-Din’s oversight of the political affairs and social and economic programs of the party helped in establishing a strong relationship with the military wing’s leaders.

In 2017, the United States and Saudi Arabia included Safi al-Din on the terrorism blacklist, due to his responsibility for operations on behalf of the party throughout the Middle East, and for providing advice on carrying out terrorist operations. 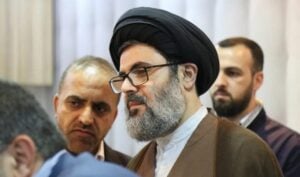 Naeem Qassem is theoretically the second man in the party, as he holds the position of Deputy Secretary-General, but occupying  this position did not make him take over the party’s general secretariat, when Abbas al-Mousawi was assassinated in 1992.

Qasim is 68 years old, and he studied proficiency in chemistry “with the French language” at the Lebanese University, and his religious studies coincided with his academic ones, as he obtained the higher levels of “Hawzi”  studies.

He worked with Musa al-Sadr during launching the Deprived movement, and joined Hezbollah in its early beginning in 1982, but he was not one of the founders, although he was one of those who worked hard in the process of launching the party.

He has held the position of Deputy Secretary General of Hezbollah, since 1991 for five consecutive terms.

He is responsible for the parliamentary and ministerial work in the party.

Qasim has a distinguished relationship with the head of the party’s parliamentary bloc, Muhammad Raed, as they are both originated from “ AL-Daawa” party. 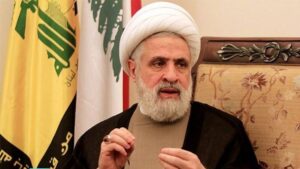