Nasrallah: A government of specialists will not stand 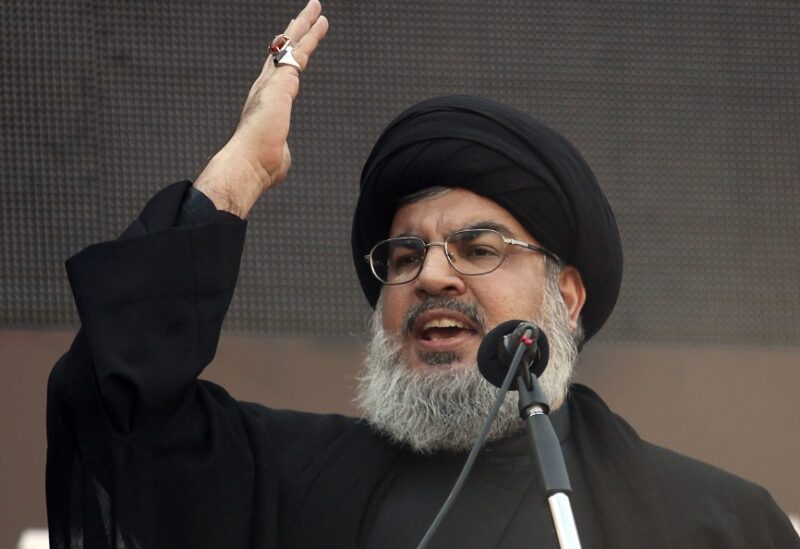 Lebanon’s Hezbollah chief, Hassan Nasrallah, said on Thursday Lebanon should not be pushed into civil war.

“I have information that there are outside forces and some internal ones that are pushing towards civil war… We, as Hezbollah, do not want to resort to weapons in order to form a government or for the sake of resolving an economic or financial situation or reforming the state,” Nasrallah said in a televised speech.

Nasrallah added, “Among the causes of crises are the policy of borrowing, interest, financial corruption, waste, and sectarian and political conflicts in the country. Among the causes of crises are also the smuggling of money abroad, the freezing of deposits in banks, Beirut port explosion, the movement that took place starting October 17, and the tensions that followed it”.

“We have provided facilitations regarding the government formation, and if President Michel Aoun and Prime Minister designated Saad Hariri agree next Monday on a government of non-partisan specialists, then we will proceed with that. The solution is not only to form a government, but forming it is rather a part of a long path. What is required is not neutrality in Lebanon; what is required is actually to be part of the US-Israeli axis, as is the case with Arab countries”, he followed.

Nasrallah said that “the International Monetary Fund does not want to provide aid, but rather loans, and imposes conditions on Lebanon”.