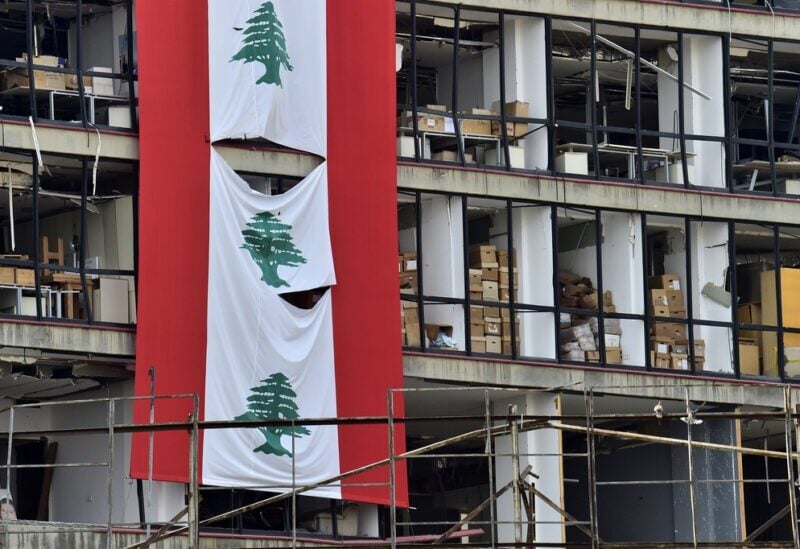 Hezbollah chief Hassan Nasrallah’s call on Lebanese political forces to hold dialogue over a national defense strategy has been widely rejected by his rivals.

In remarks marking “Resistance and Liberation” Day on Wednesday, Nasrallah suggested that the dialogue would pave the way for Lebanon to drill for offshore gas and oil.

“Lebanon has a massive oil and gas wealth and we are by standing idly while the enemy [Israel] is signing contracts with the European Union to provide gas to replace Russia’s,” he remarked.

“Lebanon’s problems can only be resolved through the gas and oil in its regional waters. So let us see how we can extract and protect it,” he stated.

His call was widely rejected by opponents, who cited previous rounds of dialogue over a defense strategy, held in 2006, 2008 and 2011.

Instead of new talks and “wasting time”, they suggested the implementation of the agreements reached during those dialogue sessions. They added that Lebanon has pressing internal crises that need to be addressed, such as negotiations with the IMF, approving reforms and tackling the electricity file

Hezbollah has proposed dialogue to “avert attention from the results of the parliamentary elections that proved that the people reject the party and its weapons,” he added to Asharq Al-Awsat.

The polls confirmed that the people “long to build a real state, one that is sovereign and where weapons and the decisions of war and peace are limited to it and the army.”

Hezbollah and its allies lost their parliamentary majority in the elections, with the LF and independent opposition newcomers emerging as the main winners.

Nasrallah’s proposal is aimed at “wasting time and the opportunities that were created by the elections, during which the Lebanese voted for Lebanon and the beginning of recovery,” continued Karam.

Moreover, he declared that dialogue with Hezbollah “is rejected because we have tried so in the past,” but it insisted on “wasting time and squandering opportunities.”

The 2011 dialogue outcomes that called for Lebanon’s neutrality and its disassociation from region conflicts were dashed by Hezbollah, which did not respect those agreements, he added.

“Hezbollah practices politics based on Iran’s instructions and the interests of the Iranian negotiator,” he remarked.

The Progressive Socialist Party (PSP) shared Karam’s view, stressing at the same time that it backs dialogue between Lebanese parties.

PSP sources told Asharq Al-Awsat that none of the dialogue outcomes have been respected in recent years and in the end, it turned out that these talks were a “waste of time”.

Dialogue was held in 2006 at the invitation of parliament Speaker Nabih Berri. It was held again in 2011 at the invite of then President Michel Suleiman.

“We no longer have the luxury of time to hold dialogue for the sake of dialogue,” added the sources.

“We need to approve a defense strategy and not just hold talks over it. Once approved, we can discuss other issues,” they suggested.

“There can be no reform without sovereignty,” they stated.

Hezbollah, meanwhile, insists on keeping its weapons. It has called for drafting a defense strategy to resist Israel should any attack happen.