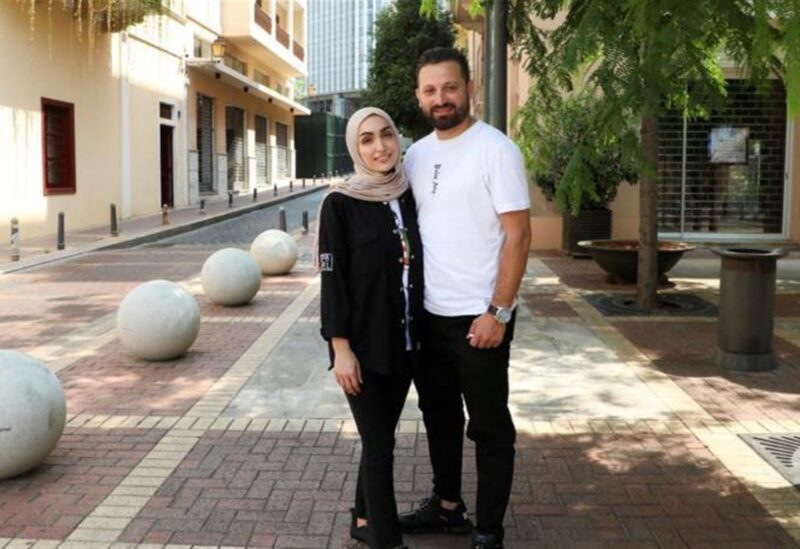 It should have been the happiest of times, but Lebanese doctor Israa Seblani does not even have a photograph of her wedding on display as the memories are so painful.

She was standing radiant in a white gown and headdress in a square in Beirut last Aug. 4, the day she married businessman Ahmad Subeih, when the scene was shattered by a deafening roar as a powerful shockwave nearly blew her off her feet.

The video was seen round the world – one heartstopping moment among many families’ stories on the day a huge explosion rocked the Lebanese capital. More than 200 people were killed and thousands more injured. Swathes of the city were destroyed, the devastation still visible today.

“I still don’t have a photo of my wedding day at home,” Seblani, 30, said, back in the same square as other couples celebrated their nuptials, just like they did.

“It was a disaster for the Lebanese people. I can’t see parents who lost their children, children who lost their parents, or the destruction that happened, and be happy. I won’t lie to myself.”

They plan to be at work on their first anniversary to keep themselves busy: she at the Rafik Hariri University Hospital, he at his clothing business.

“This is a day during which we can’t have any plans,” said Subeih, 34, “This is a day of sadness and sorrow, it’s a black day, a day of mourning for all Lebanon.”

Seblani returned to the United States, where she had been working, in September, but coronavirus restrictions prevented Subeih from joining her. She went back to Lebanon so they could be together until they find a new base away from the economic crisis of their homeland.

“We are looking for security, we don’t want money, we are not looking for a fancy life, we just want security,” Seblani said.

She may also be looking for somewhere where people will recognize her for other reasons.

“Of course I feel happy that people know me wherever I go, and I am sure everyone likes to be famous, but I prefer to be famous in a different way, because when people call me the famous bride or bride of Beirut, I remember the bad moments.”