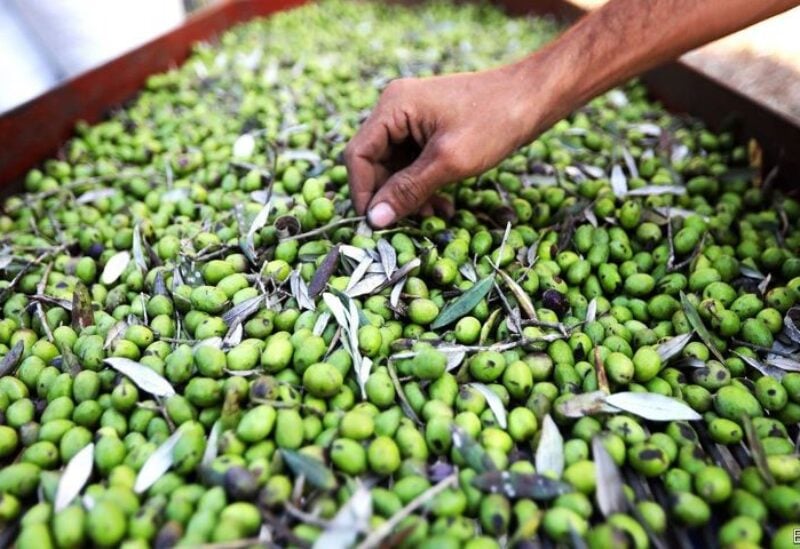 Olive oil prices have skyrocketed due to devaluation and economic meltdown

The repercussion of the economic and financial crisis has impacted the olive agriculture season severely. Olive oil, which has always been a vital staple on the Lebanese table, has become unaffordable for the majority of Lebanese due to the unprecedented rise in its prices.

The yields from the olives harvest did not satisfy farmers this season, as the produce rate reached about 50 percent, varying from one region to another, the Head of the Agricultural Cooperative in Hasbaya, Rachid Zweihed told Sawt Beirut International (SBI). In the south, the produce rate did not exceed 25 percent, according to Hassan Salama, Head of the Olive Growers’ Cooperative in Nabatieh District. Zweihed estimated oil production for this season at 17,000 tons. “Production was affected by the weather, as the produce was better in cool and wet areas,” Salameh said. He added that olives need to be irrigated three times throughout the year, but a large number of farmers weren’t able to irrigate their fields due to the high prices of water tanks. In addition to that, a large number of farmers were unable to purchase the fertilizers and pesticides required for olive trees due to the drop in imports of these commodities amid the absence of any official support for the farmers, according to Salameh.

The oil cannister price has surged since the beginning of the season, mainly mid-October, ranging from $80 to $100, or its equivalent in Lebanese pounds, based on the exchange rate in the parallel market. Zweihed considered that the price of oil did not rise, but it regained its basic value and price in 2019. The price of olive oil cannister had recorded a low level due to inflation in 2020. Zweihed also indicated that the price in the local market was affected by the increase in oil prices on global stock exchanges, from $50 to $70 per plate.

The high increase in the operational costs have led to an unprecedented surge in the price of olive oil cannister this season. The wages of workers in farms and olive squwisser increased, for instance, the wages of workers who pick and collect olives increased from 30,000 LBP per day before the crisis, to around 150,000 LBP currently.  The olive squwisser depend mainly on power generators amid the power outages from Electricité du Liban. The owners of the olive squwisser calculate the cost of the diesel used in the price of the commodity, with the price of a diesel cannister exceeding 270,000 LBP. The prices of olive pressing service also increased, according to Salameh. Some squwisser charge 10,000 LBP (compared to 2,500 Lebanese pounds before the crisis) for pressing a kilogram of olive oil, while others set the prices at $2 for each 20 kilograms of olives.

Zweihed pointed out that the production is not sufficient for local consumption, as the Lebanese market imports olive oil from abroad, but imports has been halted due to the crisis. “Local consumption has declined due to inflation and the deteriorating purchasing power who are obliged to remove this staple from their tables,” Zweihed said. He added that there is big room for exporting olive oil, especially to European markets and some Arab countries.